Every Day during the Corona crisis our Advisory Board Member Chief Rabbi Binyomin Jacobs (NL) writes a diary, on request of the Jewish Cultural Quarter in Amsterdam, which is published on the website of the NIW, the only Jewish Dutch Magazine. Rabbi Jacobs is the head of Inter Governmental Relationships at the Rabbinical Centre of Europe. We will be regularly publishing a selection of his informative, sometimes light hearted, but always wise pieces.
For our Dutch readers you can follow the diary every day at NIW home page: https://niw.nl
“Schoenmaker, houd je bij je leest”, is a Dutch expression, which means “cobbler stick to your trade” And so, as I’m not a medic, I don’t get involved with medical technology. But if someone is dead, then I could and should get involved. And if something takes place between life and death, the dying process, then it seems to me that both the doctor and the rabbi may operate together (in the figurative sense of the word of course). What am I referring to? Organ donations. Not organ donations from a healthy person who donates a kidney to a fellow human being and thereby saves a life. Nor am I talking about donating organs after death, whether that should or should not be done. No, I’m referring to the case of a donor who would normally have been dead, kept alive artificially and now being used as an organ supplier. He is declared brain dead. In the past, a person was dead, alive or dying. We expect respect for life, for death, but also respect for that intermediate phase. I remember nurses in the gerontopsychiatric ward of the Sinai Center. “Mrs Cohen, how are you today? Your children have arrived to visit you.” They spoke fondly to Mrs. Cohen, who was on a ventilator, although perhaps she would have been legal declared brain dead if she had been a donor. But was Mrs. Cohen already dead? Her body still had temperature, her heart was beating, all organ functions were still intact and she was given medication. The donor is considered brain dead, which is a legal terminology. Without this legal assistance the donor would be considered alive! And ‘the operation’ would have bee an illegal and punishable act. Is the public aware that the donor will receive medication during the organ donation procedure? Medication for a dead body? He is given sleeping pills to control blood pressure. To counteract resistance, the donor was initially tied up to the bed, but nowadays muscle relaxants are administered by the anaesthetist. The impression that the donor is actively resisting is dismissed as reflexes! Enough written about organ donations. Another (less morbid?) topic: There is quite a bit of
opposition to kosher slaughter. I will spare you the details. But the cow would still be alive after the kosher slaughter, because there are visible reflexes. I just don't get it: cattle reflexes are signs of life; human donor reflexes are signs of death!? And therefore is my conclusion: when in doubt do without!

(November 10, 2022 / JNS) The European Jewish Association (EJA) on Wednesday visited Auschwitz-Birkenau to mark the 84th anniversary of Kristallnacht, or “Night of Broken Glass,” a Nazi pogrom that took place on Nov. 9-10, 1938.

“My sons were on the bus in the center of Brussels last week. One woman looked at them with hatred, shouted ‘dirty Jews’ and moved to another seat. Everybody has the duty of visiting Auschwitz,” Rabbi Menachem Margolin, president of EJA, told the audience.

Gabriel Senderowicz, president of the Jewish Community of Oporto, Portugal, whose community has been in the news for having endured persecution by “state agents,” told the Portuguese Jewish News that “this event is fundamental for debating measures to curb anti-Semitism in Europe. And as important as debating is acting.”

On Nov. 9, the Oporto Jewish and Holocaust Museums, in partnership with the EJA, marked the anniversary of Kristallnacht, also the International Day against Anti-Semitism, with an exhibit about the “Night of Broken Glass.”

The museum was full of young people, “who have the obligation to know this chapter of history,” Senderowicz said.

Museum director Michael Rothwell, whose family was victimized in Kristallnacht, (every window in his grandfather’s shoe shop was broken), presented the exhibit to the children.

The museum also presented a guided tour of the Modern Anti-Semitism Room, showing the growth of the phenomenon in Portugal between 2015 and 2022.

The Oporto Jewish community reportedly came under attack by opponents of the “Spanish Law,” which granted citizenship to descendents of Jews who were expelled from the Iberian Peninsula in the 15th century.

With geographic, political and social divides growing wider, high-quality reporting and informed analysis are more important than ever to keep people connected.

Our ability to cover the most important issues in Israel and throughout the Jewish world—without the standard media bias—depends on the support of committed readers.

If you appreciate the value of our news service and recognize how JNS stands out among the competition, please click on the link and make a one-time or monthly contribution. 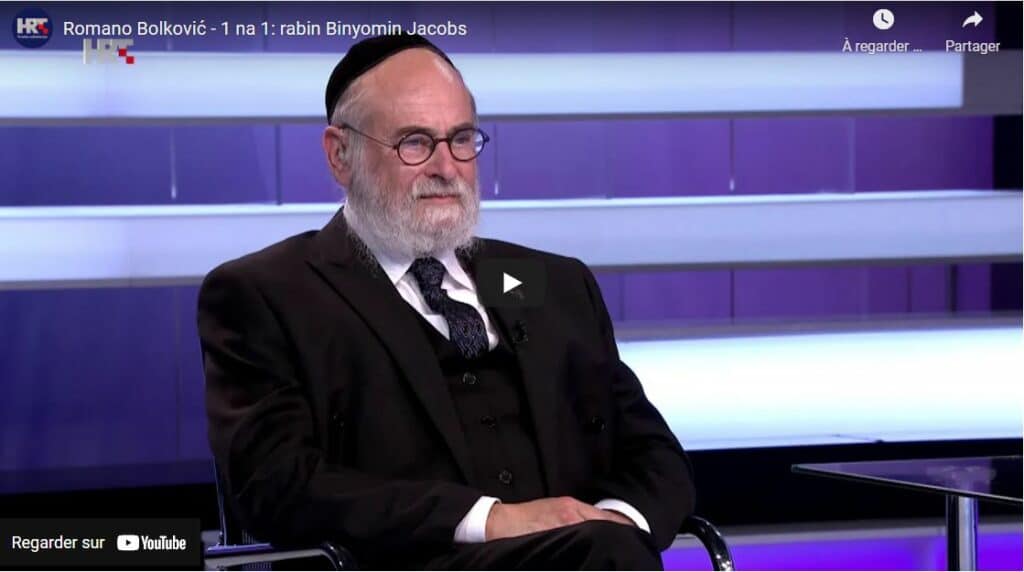 EJA chairman of the Committee for combatting antisemitism on Croatian tv

EJA chairman of the Committee for combatting antisemitism Chief Rabbi Jacobs was on Croatian prime time tv setting out the state of antisemitism in europe today . 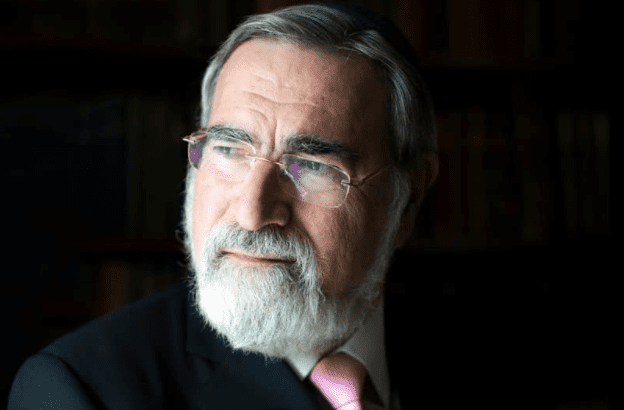 EJA chairman Rabbi Menachem Margolin said this evening:
“It is with profound sadness that we learn of the passing of Rabbi Sacks.
An incredible human being, full of light, warmth and wisdom. There has seldom been such a well known, well respected and active Chief Rabbi in Europe.
His tireless work and commitment to the Jewish people meant that when he spoke, people listened.
When he pulled an alarm cord, people responded.
And when he explained the wisdom and beauty of our Holy texts, people understood.
Few of us will ever be fortunate to leave behind us such a legacy. May his memory be a blessing.”
Read More
Additional Communities