Yesterday, the European Jewish Association has had the honour of welcoming at its headquarters the Ambassador of Bosnia and Herzegovina to the European Union, H.E. Madam Emina Merdan, and the Mission’s Minister-Counselor, Ms. Miranda Sidran.

Her Excellency has presented the EJA’s Chairman, Rabbi Menachem Margolin, the original of the Rosh Hashanah congratulatory letter received earlier from H.E. Dr. Denis Zvizdić, Chairman of the Council of Ministers of Bosnia and Herzegovina. H.E. Madam Ambassador has also expressed and conveyed H.E. Mr. Chairman’s condolences regarding the Wednesday shooting near a synagogue in the German city of Halle, resulting in the tragic deaths of two people nearby.

During the meeting, we have in particular discussed Bosnia and Herzegovina: the country’s tragic recent past, its modern European aspirations, the multicultural and multi-religious nature of its society as well as the local Jewish community, having its roots in the Sephardic Jews fleeing from Spain more than five centuries ago.

The Jewish community of Bosnia and Herzegovina, especially if compared to many others throughout Europe, is quite special – there have never been any ghettos here, with the Jews always having been considered an integral part of the local society, with no inherent Antisemitism carried by their neighbours and compatriots. While the modern Bosnian Jewish community is much smaller than it used to be, it is very active, while the heritage of Ladino is carefully preserved. In turn, established in 1997, the Interreligious Council of Bosnia and Herzegovina unites representatives of the Catholic and Orthodox Christians, Muslims and Jews – working together to build a better future.

Potential cooperation between the Mission and the EJA has also been discussed – both sides have expressed sincere interest in further dialogue and carefully exploring such possibilities of collaboration on topics of common interest and concern. We are very grateful to Her Excellency for this visit and wish H.E. Ambassador Merdan the best of luck and much energy in her important work. 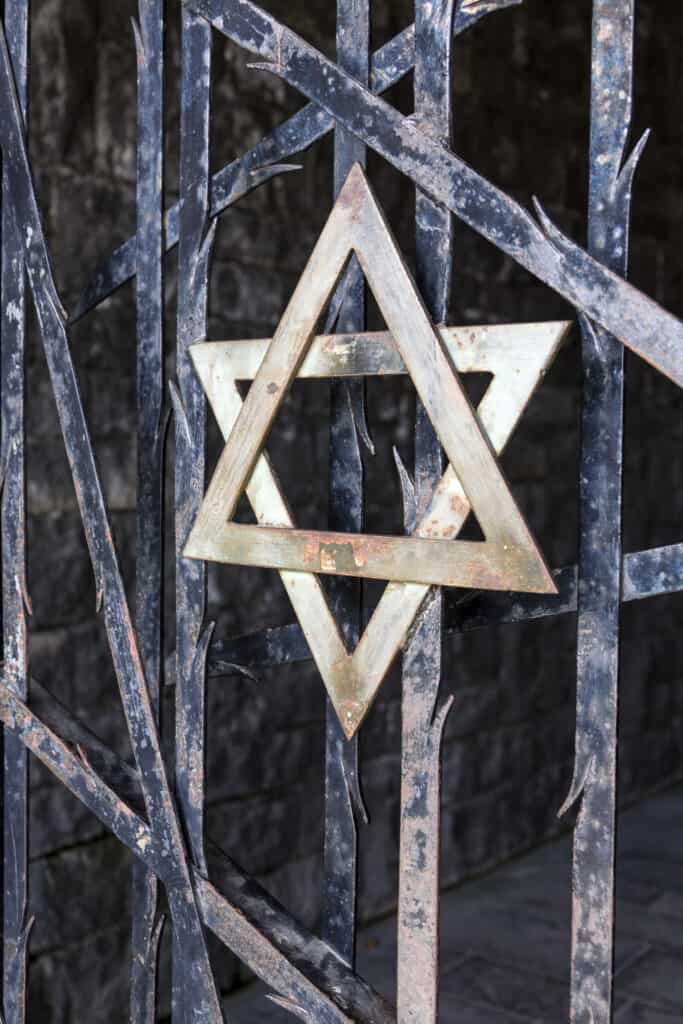 A vendor at a major motorcycle rally in Florida briefly sold hats emblazoned with Nazi symbols, saying she considered them a tribute to World War II veterans who helped defeat the Germans.
The Daytona Beach News-Journal reports that the vendor was selling the hats embroidered with swastikas and a skull-and-bones logo used by the Nazi SS at a stand during Biketoberfest, an ongoing festival that draws thousands of bikers to the Daytona Beach area this month.
The vendor said she had sold the hats at other biker rallies around the country without complaint. The woman also sells rings, wallet chains and hats without Nazi logos.
Read More:
https://www.ynetnews.com/article/s1jnl4frt
Read More

This afternoon the EJA, and our partners the ECJS and Concert started our latest 3 day ‘bootcamp’ in Madrid for young activists from all over Europe. Respected Arab Israeli journalistic Khaled Abu Toameh kicked off proceedings with an engaging opening session on normalisation, followed by a lengthy q&a session and discussion for participants, later for dinner we were proud to have a visit from the president of the Madrid Jewish community, Mrs Estrella Bengio who welcomed us warmly to her city and gave us all a great motivational speech about all working together for the betterment of European Jewry and the state of Israel.

“Some Things Simply Should Not Be Traded” writes EU Jewish Head to Munich Auction House Ahead of Nazi Memorabilia Sale.

“Some Things Simply Should Not Be Traded” writes EU Jewish Head to Munich Auction House Ahead of Nazi Memorabilia Sale.

As Europe marked the 81st anniversary of Kristallnacht, the Chairman of the European Jewish Association Rabbi Menachem Margolin has had to write to a Munich Auction house asking them to cancel the sale of items belonging to infamous Nazis Hess, Goring, Himmler and Hitler himself.

Hermann Historica will be holding an auction on the 20th November that includes a number of pieces for sale from the Nazi leadership including framed photographs, silver dinner services, plates, letters and Jewellery belonging to Goring’s wife.

In his letter to the Auction House, Rabbi Margolin said:

“I am writing to respectfully ask you to withdraw the auction. This is not a legal appeal to you, but very much a moral one. What you are doing is not illegal, but it is wrong.

“I need not remind you of the many millions of lives lost as a result of national socialism, nor of the approximately six million Jewish lives that were lost due to mindless antisemitic hatred. This is history.

“Yet today, across Europe and including Germany (which now has the highest recorded cases in Europe), antisemitism in on the rise, and we believe the sale of such memorabilia has little intrinsic historical value but instead will be bought by those who glorify and seek to justify the actions of the greatest evil to affect Europe. The trade therefore in such items should simply not take place.

“In Israel recently there was a case of a letter written by a child murdered in the holocaust that was put up for sale. This went to court, and the ensuing public pressure resulted in the cancelling of the sale. The message from society was clear and unambiguous: some things simply cannot be traded.

“It is in this spirit of understanding that I ask you again to withdraw the Nazi auction items, again not because of any illegality, but instead to send a message that some things particularly when so metaphorically blood soaked, should not and must not be traded.”

Some of the items on sale can be viewed here