EJA thanks Lithuania for adopting the working definition of anti-Semitism

EJA Chairman Rabbi Menachem Margolin wrote a letter of thanks to Lithuanian Foreign Minister Linas Linkevičius after the Minister made the decision that Lithuania will endorse and adopt the international definition of anti‑Semitism by the International Holocaust Remembrance Alliance (IHRA). “Anti‑Semitism has absolutely no place – neither in Lithuania, nor in other parts of the world”, said Mr Linkevicius as he announced the move. 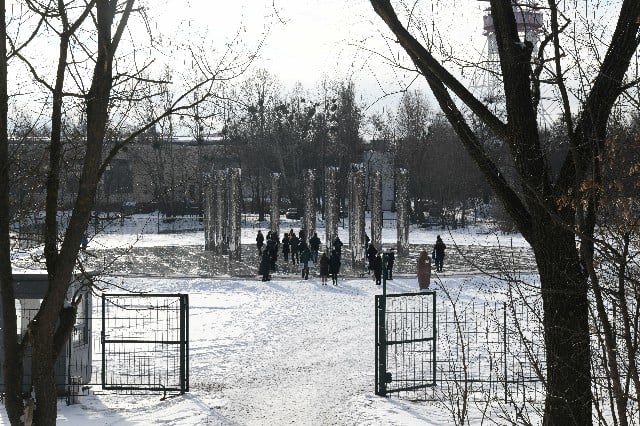 An anti-Zionist group in the Netherlands is using a freedom of information request pressure Dutch universities into revealing whether any of their staff members have ties to Israel.
The freedom of information request was filed by "The Rights Forum" group, and also seeks to identify what ties and staff relations exist with Jewish communities and organizations such as the Simon Wiesenthal Centre.
The Chief Rabbi of the Netherlands, Binyomin Jacobs, Chief Rabbi (NL), who also heads up the European Jewish Association’s Committee for Combatting Antisemitism, condemned the The Rights Forum, saying the information request “reeks of antisemitism”.
“The Rights Forum is well known to me. Let us be clear, they want to know any Israeli, any Israeli link and any Jewish people in universities in Holland. The clear inference is that some shadowy Zionist or Jewish cabal is operating in the Dutch university system. This reeks of antisemitism, but it comes as no surprise to me given this group’s reputation.”
“No. What really concerns me is the number of universities that were so compliant with such a transparently antisemitic request. It reminds us that most mayors cooperated during the occupation to pass on the names of their Jewish citizens to the Germans.”
“The difference between anti-Zionism and antisemitism is now wafer thin. In all my many years in Holland I can seldom remember such a toxic environment for Jews. This is an appalling submission to the base instincts of an openly hostile group towards Israel, the world’s only Jewish State.”

Yesterday, the European Jewish Association has had the honour of welcoming at its headquarters the Ambassador of Bosnia and Herzegovina to the European Union, H.E. Madam Emina Merdan, and the Mission's Minister-Counselor, Ms. Miranda Sidran.

Her Excellency has presented the EJA's Chairman, Rabbi Menachem Margolin, the original of the Rosh Hashanah congratulatory letter received earlier from H.E. Dr. Denis Zvizdić, Chairman of the Council of Ministers of Bosnia and Herzegovina. H.E. Madam Ambassador has also expressed and conveyed H.E. Mr. Chairman's condolences regarding the Wednesday shooting near a synagogue in the German city of Halle, resulting in the tragic deaths of two people nearby.

During the meeting, we have in particular discussed Bosnia and Herzegovina: the country's tragic recent past, its modern European aspirations, the multicultural and multi-religious nature of its society as well as the local Jewish community, having its roots in the Sephardic Jews fleeing from Spain more than five centuries ago.

The Jewish community of Bosnia and Herzegovina, especially if compared to many others throughout Europe, is quite special - there have never been any ghettos here, with the Jews always having been considered an integral part of the local society, with no inherent Antisemitism carried by their neighbours and compatriots. While the modern Bosnian Jewish community is much smaller than it used to be, it is very active, while the heritage of Ladino is carefully preserved. In turn, established in 1997, the Interreligious Council of Bosnia and Herzegovina unites representatives of the Catholic and Orthodox Christians, Muslims and Jews - working together to build a better future.

Potential cooperation between the Mission and the EJA has also been discussed - both sides have expressed sincere interest in further dialogue and carefully exploring such possibilities of collaboration on topics of common interest and concern. We are very grateful to Her Excellency for this visit and wish H.E. Ambassador Merdan the best of luck and much energy in her important work. To commemorate the first deportation train with 2,800 Jews from Thessaloniki, 79 years ago, the Jewish Community together with the Municipality, the European March of the Living Network and three local universities organized this Sunday, a joint silent memorial march.

More than 2,000 people led by the Greek President Katerina Sakellaropoulo, the European Commission Vice-President Margaritis Schinas, the mayor of Thessaloniki, Greek officials, Jewish Community leaders and the Director of the European March of the Living network, marched down the same road from the Jewish neighborhood to the Old train station from where they were deported to Auschwitz.

In her address, the Greek President stressed that: “Only if we pass on historical knowledge to the new generations, if we preserve historical memory, if we feel as our own the pain and suffering of the victims, if we understand that the Holocaust is a universal historical heritage, will we equip ourselves against a new onslaught of evil, possibly in another form, but always threatening and abhorrent.”

round the same time, a freshly-painted street mural in the western Greek city of Patras was inaugurated and is already drawing renewed attention to the courageous deeds of two “Righteous Among the Nations” heroes who saved Jews during the Holocaust.

The public art display, an initiative of Artists 4 Israel, in partnership with the Combat Antisemitism Movement (CAM), honors two Greek citizens, the late Zakynthos Mayor Loukas Karrer and Metropolitan Dimitrios Chrysostomos, who, at great personal peril, protected all the Jews of Zakynthos after the Nazis occupied the island in 1943.

The mural was painted by Kleomenis Kostopoulos, the creative director of Patras-based Art in Progress. He commented, “Murals are one of the most important forms of contemporary expression and communication in public spaces. Today, more than ever, we must revisit our history in Greece by bringing it to the streets, and putting it in their faces.”