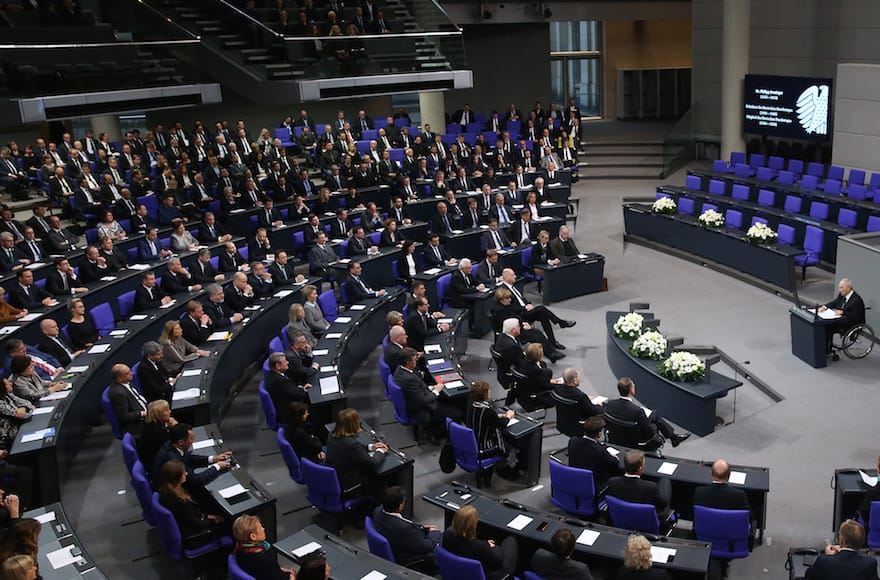 Responding to the decision (for the full article please go HERE) , The head of the Brussels-based European Jewish Association Rabbi Menachem Margolin said in a statement:

“With a worrying rise in anti-Semitism across the European Continent, we can only applaud the German government’s decision to appoint an anti-Semitism monitor. Germany is fully aware of what can happen when anti-Semitism is allowed to ferment and grow. Their decision is therefore timely as well as courageous. It is not an easy thing to acknowledge that the oldest hatred, that many believed to be a defunct ideology never dies but just remains dormant, waiting for populism and nationalism to feed it and breathe new life into it.

‘The EJA has been at forefront of raising awareness of this rising threat across Europe, and we are delighted that the principal drivers of Europe, the German government have taken this initiative. It now falls on other European states to follow this inspiring lead and set up a European wide network of monitors to eradicate the poison that is anti-Semitism directly at its source.” 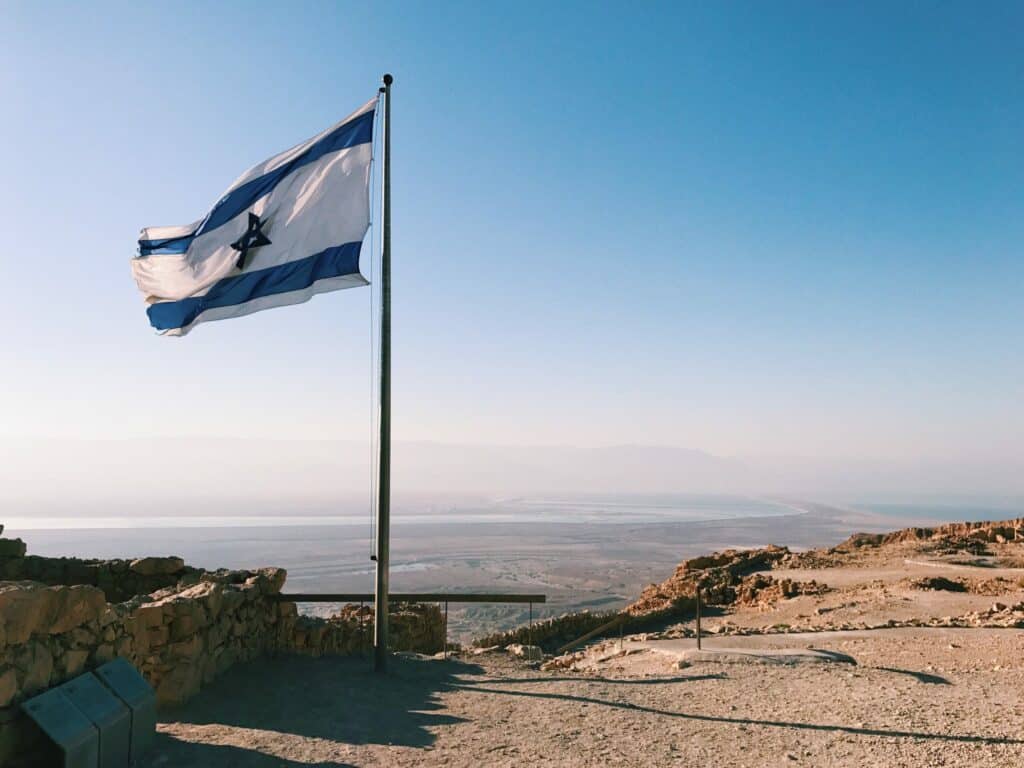 A court in Vienna has expunged a police fine against four activists who displayed Israeli flags while protesting against an event calling for the boycott of the Jewish state.
Vienna police fined four students €150 ($176) for waving an Israel flag at a protest in March 2019 against advocates of the Boycott, Divestment and Sanctions campaign (BDS) targeting Israel.
Benjamin Hess, from the Austrian Union of Jewish Students, told the Austrian daily Der Standard, which first reported the court decision, that it was “clearly decided” that holding up an Israel flag and expressing pro-Israel sentiments is a legitimate expression of opinion.
He asked, however, why it “is necessary in Austria at all to go to court in order to have something so fundamental to be established.”
The Vienna city authorities argued that police warnings against the Israeli activists has not deterred pro-Israel activists from showing Israeli flags, and that there was a threat of escalation between the rival groups.
A spokesperson for an organization that monitors antisemitism (Informations und Beobachtungsstelle antisemitismus), who was at the protest in March 2019, confirmed to The Jerusalem Post at the time that a police supervisor told the students the Israeli flag was a “provocation” and issued the activists a €150 fine.
“Once again there was a demonstration in Austria in which antisemitic slogans such as ‘child murderer Israel’ were present, said the spokesperson for monitoring group combating antisemitism.”
In 2020, Austria’s national parliament unanimously passed a resolution condemning the BDS campaign as antisemitic and urging that the anti-Israel movement not be supported.
“BDS, which has also increasingly appeared in Austria in recent years, makes use of this antisemitic pattern,” stated the resolution. The antisemitic pattern refers to one of the alleged antisemitic BDS goals that seeks to not “recognize the right of the Jewish people to self-determination,” the resolution explained.
Some 25 people attended the anti-BDS demonstration in March 2019 organized by the Austrian Union of Jewish Students and the Alliance Boycott Antisemitism. According to Der Standard, the pro-BDS group reportedly shouted antisemitic slogans, and one speaker wore a scarf from the US and EU-designated terrorist organization the Popular Front for the Liberation of Palestine.
The anti-BDS groups shouted “Long Live Israel” and held Israeli flags while calling “Free Palestine from Hamas,” the newspaper reported.
Rabbi Abraham Cooper, the associate dean of the Simon Wiesenthal Center (SWC) in Los Angeles, told the Post at the time, “Apparently it is still a provocation for Jews to defend their people’s honor by waving the flag of Israel. SWC urges the chancellor and other Austrian leaders to publicly wave the Blue and White [Israeli flag] on Israel Independence Day in solidarity with Israel and the Jewish community. And the police? Check their obvious anti-Jewish bias.”
https://www.jpost.com/bds-threat/austrian-court-overturns-fine-for-showing-israeli-flag-679952
Read More 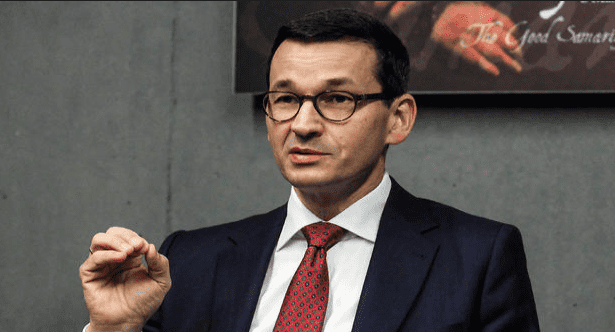 The lower house of the Polish parliament is expected to vote this week on a new bill on animal welfare, which includes restrictions on Jewish slaughter and kosher meat exports that could affect many of Europe's Jewish communities as well as meat prices in Israel.
After the controversy created by the law banning people from accusing Poland of Holocaust atrocities committed by the Nazis, the country's ruling party has submitted a new bill restricting kosher slaughter and threatening anyone who violates the restrictions with up to four years in prison.
The new restrictions are included in a 48-page general bill on animal welfare, which the lower house of the Polish parliament is expected to vote on this week.
The restrictions include a ban on exporting kosher meat from Poland, which is expected to affect many of Europe's Jewish communities, as well as meat exports to Israel. Some of Israel's supermarket chains import and sell kosher meat from Poland, increasing the competition in the Israeli meat market. A drop in meat exports from Poland could lead to a hike in meat prices in Israel.
The bill also seeks to ban slaughter when the animals are in an "unnatural state"—in other words, when the animal isn't standing on all four feet, making a kosher Jewish slaughter practically impossible. According to European Jewish Association (EJA) Chairman Rabbi Menachem Margolin, "Kashrut laws forbid to apply any pressure on the knife to protect the animal from unnecessary pain. Preventing this pressure is impossible when the animal is standing with its head leaning heavily on the knife."
Vowing to fight the new bill, Margolin called on the Israeli government to stipulate an amendment of the slaughter law as part of an agreement between the two governments.
"These restrictions on kosher slaughter are in complete contradiction to the principle of freedom of religion of the European Union,” the rabbi said. “The situation in Poland is unacceptable. I call on the government in Poland to avoid enacting this shameful law and to take into account that the Jewish people's faith in the Polish leadership is deteriorating. I can't imagine what the next stage will be after the Holocaust law and imposing restrictions on kosher slaughter in the country.
According to Rabbi Margolin, the new restrictions will make it impossible to perform a kosher slaughter in Poland. "There are people who have invested a lot of money in building kosher factories and slaughter houses, and now this shocking law comes along and puts an end to it. There is an unclear desire here to exclusively harm kosher slaughter and limit kosher meat exports. They are failing to explain the logic of the law. Populism and nationalism are skyrocketing and creating wars with the Jews for political purposes."
The Polish parliament banned kosher slaughter in 2013, but the decision was struck down by the constitutional court. The judges accepted an EJA petition and ruled that the Polish law contradicted the principle of freedom of religion.
The Article was published on Ynet website 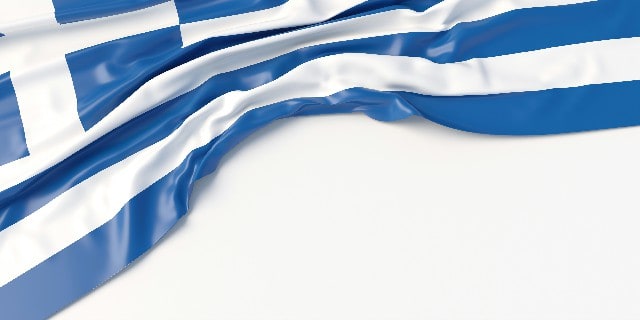 The Hellenic Council of State, the top administrative court in Greece, ruled to ban kosher and halal slaughter on Tuesday, according to the Panhellenic Animal Welfare and Environmental Federation.
The federation had requested from the court that it annul a ministerial decision that exempted religious slaughter from a Greek law requiring animals killed in slaughterhouses to be anesthetized first.
The Council of State ruled that the ministerial decision violated the Greek law requiring anesthesia and did not set a proper balance between the welfare of animals and the religious freedom of Jews and Muslims. The court ruled that the government should regulate the issue of slaughter in a way that ensures both the protection of the animals and the religious freedom of Jews and Muslims.
European Jewish Association (EJA) chairman Rabbi Menachem Margolin expressed outrage at the decision on Wednesday, saying that "Jewish freedom of religion is under direct attack across Europe from the very institutions that have vowed to protect our communities."
According to the EJA, the ruling came following one by the Court of Justice of the European Union last December that allowed EU nations to ban kosher slaughter in order to promote animal welfare without infringing on the rights of religious groups.
The December ruling encourages member states to find balances between the issues of animal welfare and religious freedom. The EJA stated that "it is now clear" that a number of EU member states are "zealously" implementing bans, while ignoring the issue of religious freedom.
"As early as last December we warned about the dangerous consequences of the European Court of Justice ruling, and now we are seeing the result," Margolin said. "It started in Belgium, moved to Poland and Cyprus and it is now Greece's turn. These direct attacks come from many of those governments and institutions that have vowed to defend their Jewish communities."
"What we are witnessing is first-rate hypocrisy," he said. "When it comes to antisemitism, governments and institutions rightly stand behind us. But when our beliefs and customs are attacked right and left by laws, they are nowhere to be seen."
The EJA leader stated that the organization would work immediately to demand answers from the highest levels of the Greek government, adding: "How can Jews live in Europe if you continue to legislate against us?"
Read More 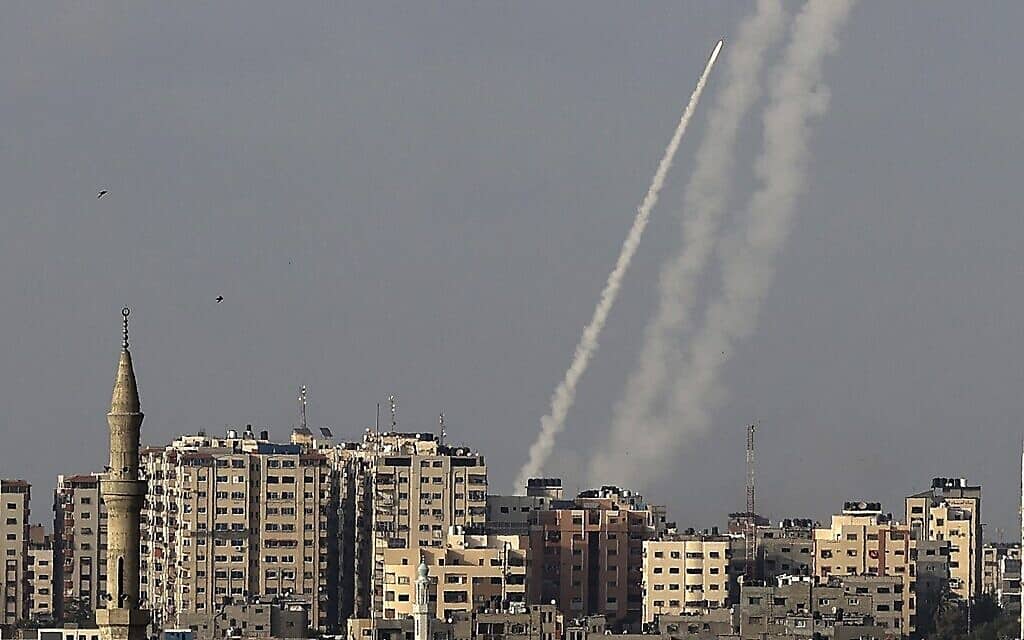 Rockets fired from Gaza at Jerusalem and the Southern of Israel

The EJA sends our abiding support to the citizens of Israel, assailed by rocket fire from Gaza, and orchestrated riots in Jerusalem. Nobody in Israel wants violence, but Hamas and the Palestinian Authority sadly do not share that view and are ratcheting up violence and tension. We stand for Israel. We stand fir Peace. We stand for an end to this folly.