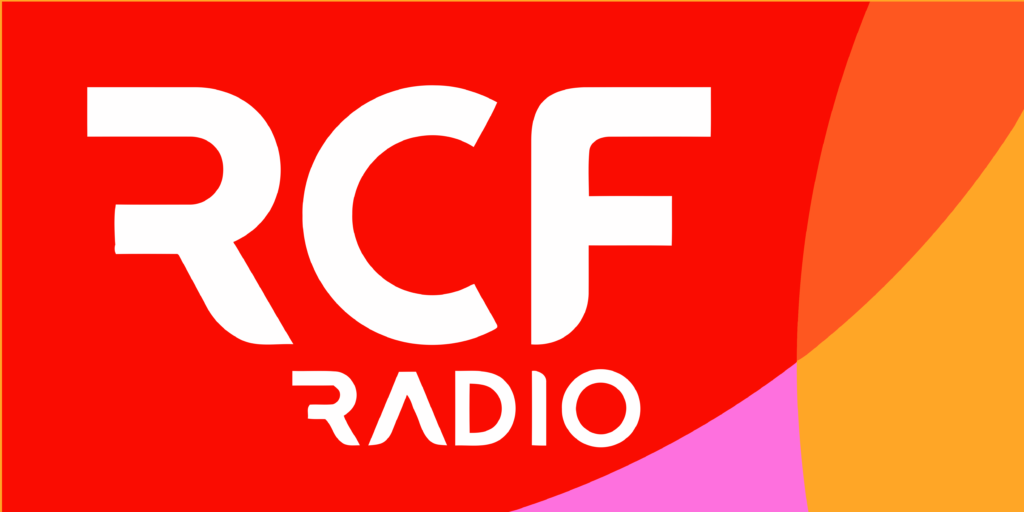 Terezin ghetto survivor Gideon Lev: We must fight for a better world,agaist hatred of any kind

We must fight for a better world, against anti-Semitism, against hatred of any kind against anyone, minority or religion, we can do it, you can do it, and your children and grandchildren, declared 87-year-old Gideon Lev, a survivor of the Terezin ghetto, on the occasion of a conference organized by the European Jewish Association (EJA), in Prague and Terezin, before the commemoration, on Friday, of the International Holocaust Remembrance Day.

Rabbi Menachem Margolin, the president of the EJA, declared, during a meeting with journalists, that “every place has a different message”, and “the main message of Terezin for us is ‘fake news’, the fact that the Nazis tried to claim that they treated the Jews in a very good way”.

This fake news helped them to be praised by many people, instead of being attacked and arrested and Terezin released. Since today we are faced with a lot of ‘fake news’, which is one of the things that allows anti-Semites to incite, it is important for us to address this in particular, added Menachem Margolin.

The director of the British organization Labour Against Anti-Semitism, Alex Hearn, spoke at the EJA conference about how fake news about Jews represents a pattern as old as anti-Semitism itself. Hearn pointed out that anti-Semitism goes beyond political lines and is used by people to gain power or feel powerful. He also spoke about contemporary anti-Semitic conspiracy theories and the role of social media in their dissemination.

There are so many things that the Jews are accused of, including the fact that they do not play a role in this horrible war between Russia and Ukraine, said Menachem Margolin.

Truth is no longer based on scientific facts, but on viral news and social media. Things happen faster. We have to fight against fake news that pops up quickly on our phones. Macron himself has been presented as a puppet of the Jews because he is a former banker and he has money. Fake news uses the same stereotypes against Jews, again and again. We have to fight against all fake news. If we don’t fight it, it spreads, and it spreads very quickly, said French parliamentarian Prisca Thevenot, spokeswoman for the Renaissance party of President Emmanuel Macron.

We have to understand that social media works extremely fast. It is not enough to make laws to keep up with the technological challenges, we have to be quick to ban hate speech on social media, said the Austrian parliamentarian David Stogmuller.

As far as he is concerned, the Portuguese parliamentarian Alexandre Poco emphasized the importance of education in combating anti-Semitism.

Although our problems may not be as great as those of other countries, we must continue to invest in education. A proactive attitude continues to be necessary. We have strong ties with Jewish communities. We continue to promote Jewish life, even though we are a Catholic country, he said during the conference.

If we allow the enemies of democracy to shout, then we risk the end of democracy. The anti-Semites must be made to feel that they have no chance and that they will be made to pay the consequences, warned Sigmount Königsberg, commissioner for anti-Semitism for the Jewish community in Berlin.

For his part, Joel Mergui, the president of the Paris Consistory, which has led “the largest Jewish community in Europe for 20 years”, said that he decided to encourage the members of this community to continue living on the Old Continent as long as they had decision-makers with them in the fight against anti-Semitism and radical Islam.

From your words and actions we will have the certainty that we have a future in Europe, he conveyed to the officials present at the conference.

Coming from Israel especially for the events of the International Holocaust Remembrance Day in the Czech Republic, Gideon Lev is, at almost 88 years old, not only a page of living history, but also a very lucid mind.

The man, born in 1935, in Karlovy Vary, told the participants in English, German and Czech about the events he experienced when he was still a child, many of which left an indelible impression on him.

When the Nazis occupied the Czech Republic, it was the end for the Jews in the country. The Jews couldn’t stay out at night, they couldn’t have radios, and pretty soon they were all moved to Terezin, which was called a ‘relocation camp’. But it was far from that. They put us in crowded barracks, there was no space, the children and women could only see their fathers and husbands from the window, walking in silence, Gideon Lev said.

“Arbeit macht frei” is one of the most cynical Nazi atrocities. In reality, you are free when you are dead, he pointed out, referring to the words in large letters placed at the entrance to Nazi concentration camps.

“Vernichtung durch Arbeit”: destruction through work, that’s what the Nazis wanted, he added.

We must fight for a better world, against anti-Semitism, against hatred of any kind against anyone, minority or religion, we can do it, you can do it, and your children and grandchildren. And that’s what we must do, pleaded the survivor of the Terezin ghetto.

Although he is 87 years old and seems far from the age when someone would start a career as an influencer on Tik Tok, Gideon Lev has, for a year, had an account on this very popular network especially among young people, fueled with the help of a Hollywood content creator, Julie Gray. Two years ago, she wrote a book called “The True Adventures of Gideon Lev”, then thought of making him a Tik Tok account to promote sales. The effect was far beyond expectations.

We now have 414,000 followers, of which 62% are under the age of 34 and 67% are women. In the last 60 days, we have 2 million views, 80,000 comments, 200,000 likes and 4,000 reshares. These are really big numbers. He has an impact on the largest social network in the world. (…) In my experience, young people want to learn about the Holocaust. Fighting anti-Semitism on social media is a huge opportunity. But we have to organize, we need better digital security, centralized shared resources. And we need to make better content, said Julie Gray.

Emma Gunsberger, head of the Czech Union of Jewish Students, claims that there are currently over 4,000 Jews in the Czech Republic.

The problem is that the associations are mainly in the big cities and the Jewish heritage in the smaller towns in the country is largely lost. In every small village you can find an old Jewish cemetery, a synagogue, but the community no longer lives there. If there is someone with Jewish ancestry there, they are usually completely detached from their Jewish identity. So Jewish life is mainly in the big cities and mainly here in Prague, she told AGERPRES.

However, where there are Jewish communities, the number of members is increasing.

The community is growing in Prague because we have Jewish schools, where Jewish children can go and do secular studies like in any normal school, but also Jewish and Hebrew studies. Through these schools we bring back Jewish customs and rituals in Jewish families, she explained.

There is anti-Semitism, but it’s mainly from uneducated people who don’t know who Jews are and have never met one. It’s very different from the rest of Europe, she said.

It is very easy to put other things on the agenda of those who make decisions. We have to make sure that the problem of anti-Semitism will not be left aside because of other political issues, said Rabbi Menachem Margolin.

At the same time, he pleaded, more must be done so that countries like Poland, the Czech Republic and Romania, which had large Jewish communities, have a Jewish life. 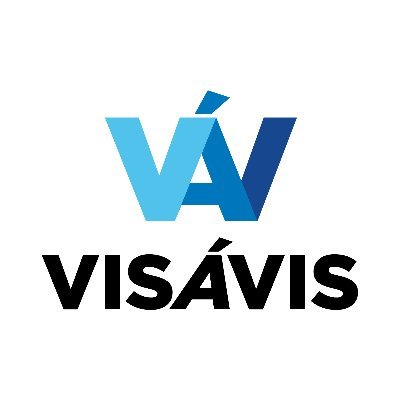 Representatives of European Jewish communities and politicians from European countries met Tuesday in Terezín, the former wartime Jewish ghetto to the north of the country, to remember victims of the Holocaust and vow to fight against anti-Semitism.

Among the speakers at the commemorative event was Gidon Lev, a Czechoslovak native and one of the few child survivors of the Terezín ghetto. Lev is also widely known for his TikTok channel in which he delivers straight talk about his time at Terezín to the social media generation. 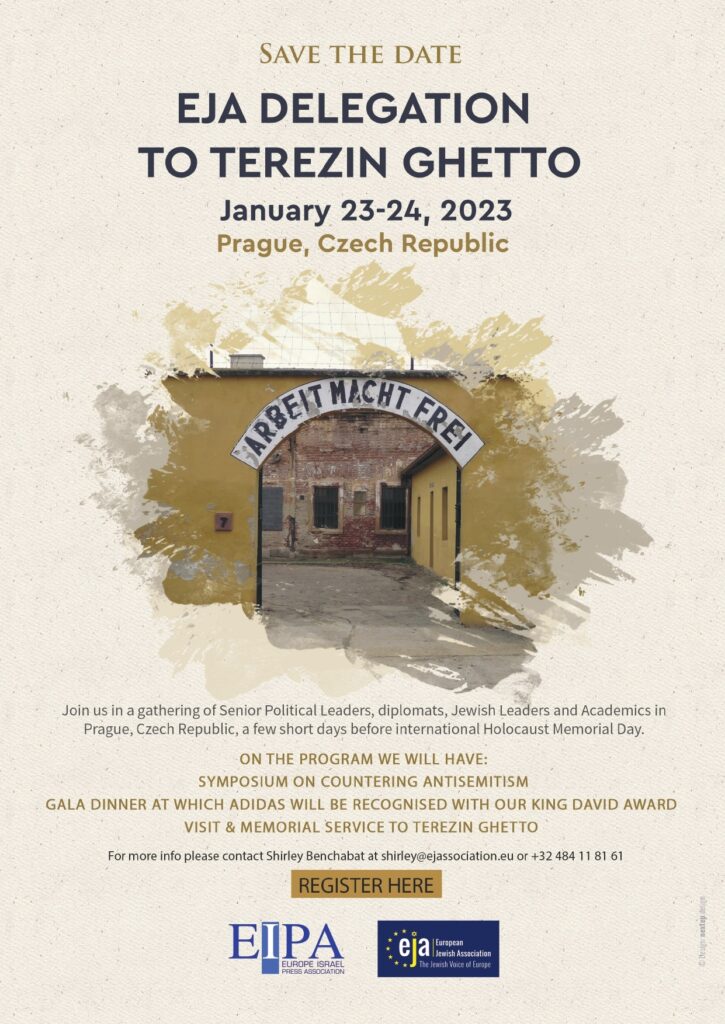