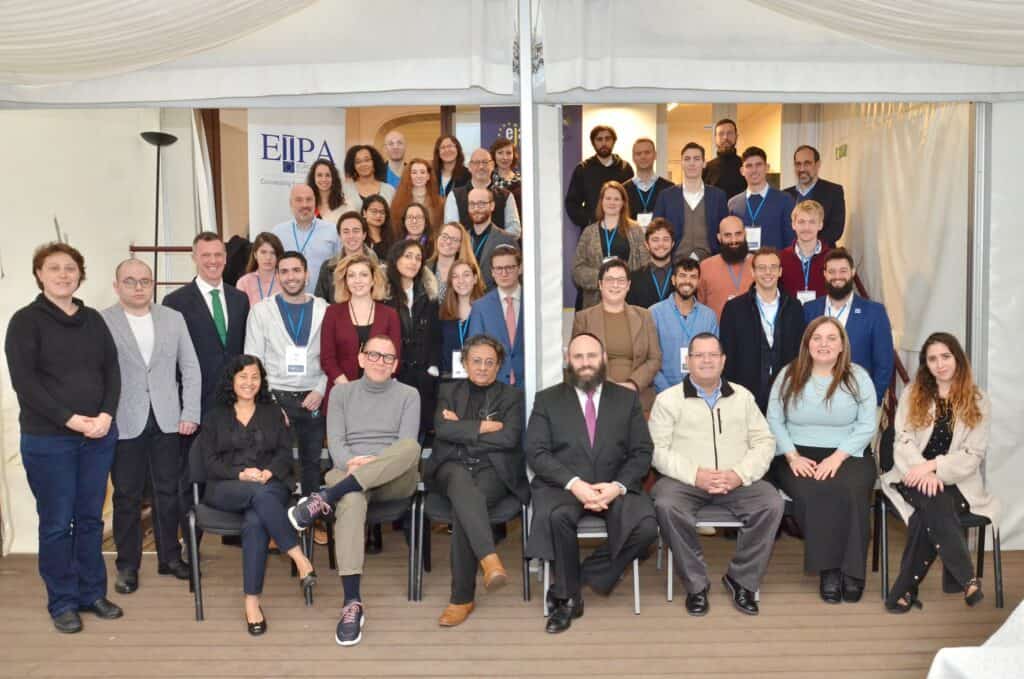 On 1-2 December the EJA and our partners Europe Israel Public Affairs hosted our second Bootcamp for pro-Jewish and Pro-Israel advocates from all over Europe (literally! From Iceland to Spain, France to Romania and everywhere in between).

Day one was focused on facts and lobbying. Ben Dror Yemini, the prominent Israeli journalist and author (his book “the industry of lies” is on the shelf of any self-respecting Israel advocate) gave the team all the facts (“I’m not a pr man”, he proudly exclaimed, I just give people the facts) necessary to counter opposition arguments.

We then spent the rest of the day dealing with the practicals of Lobbying. Our Head of Eu Institutional Relations, Ruth Isaac and our Director of Public Affairs ran through the do-and don’t’s, and were delighted to be supported by former Portuguese MEP Paulo Casaca who gave his experience of being on the receiving end of lobbyists, and lastly by new Belgian MP Michael Freilich, who gave his enlightening perspectives from “the other side of the desk” including invaluable advice and tips on effective lobbying.

At a Gala dinner in the evening, Hans Knopp was our special guest. Hans is a hugely respected dutch journalist whose most famous bit of reporting was exposing a dutch war criminal who helped the Nazis rob and murder Dutch Jews. His work was commemorated in a film “the body collector”, and he talked about his experience. His moving testimony brought the house down and he received a prolonged standing ovation.

The next morning, participants learned the basics of press release writing, followed by a role play and live interview practice with Brussels based broadcast journalist and regular on Euronews Brian Maguire who put the bootcampers through their paces.

We then finished with an open session with Ben Dror again on the challenges in messaging before a closing panel with Ruth and our head of Strategy Tal Rabina on Network building.

Tired but fired up our advocates (many are soon to be members of the EJA’s inaugural Diplomatic Corps), left for home. Our next bootcamp is already being planned. If you want to be part of it, let us know.