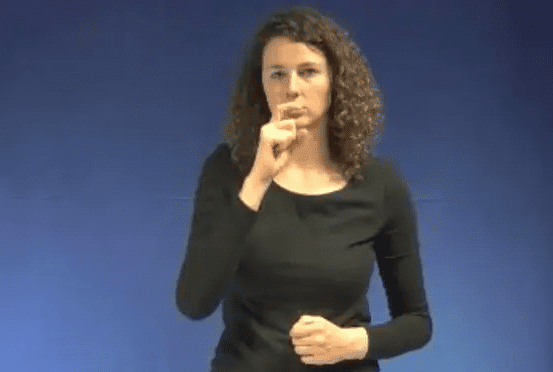 Our story about Universiteit Gent’s repugnant Sign language dictionary for Jew went viral. From El Pais in Spain, the Guardian in UK, From France to Belgium, the US to Israel, the image of a woman signing a hook-nose to denote Jew is as shocking to the media as it was to us and the family who dioscovered. We are still awaiting a formal explanation from the Rector of the University. They have already captioned them as derogatory but this is not enough. No deaf person should be signing Jew in this way. It is offensive. Full stop. We will keep you updated.
The guargian 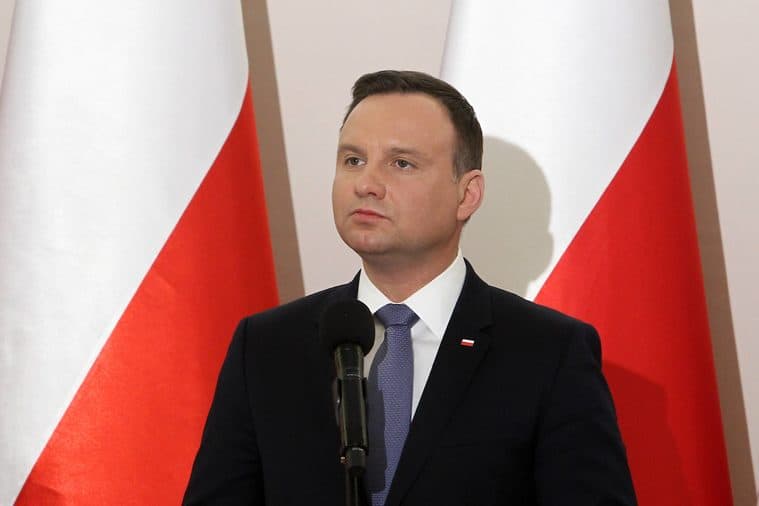 European Jewish Association (EJA) Chairman Rabbi Menachem Margolin has written to Polish President Duda asking him to defer any final decision on new laws passed at the weekend in the House and approved last night by the Senate with regards to the Holocaust and designation of concentration camps until a meeting with Jewish leaders takes place.

Rabbi Margolin also said that if all attempts at reasoning failed, the European Jewish Association would mount a legal challenge to the legislation in Poland’s Constitutional court, as it did when it won a ruling against Polish legislation affecting Kosher slaughter.  In a statement Rabbi Margolin said,

“It is with deep regret that I must write to the President of Poland and record the insult caused to the memory of those who died though this clumsy, ill thought out legislation. I have urged President Duda to defer any final decision on ratifying the legislation until at least having met with me and a delegation of Jewish leaders.

“I also note that despite being a member of the IHRA, Poland has yet to adopt formally the definition of Anti-Semitism Lithuania, Germany, Austria, Romania and the United Kingdom have formally adopted the definition. Given the damage being done to Polish-Jewish relations because of the bill, we believe that Polish adoption of the IHRA definition would assuage some of the concerns being expressed by European Jewry when it comes to Poland.

“However, if reasoning and dialogue fails, the EJA will, as we successfully did in the past on efforts to ban Kosher slaughter, challenge this matter to Poland’s Constitutional court.”

Rabbi Margolin has also written to the heads of all the EU Institutions: Council President Tusk, Commission President Juncker, Justice Commissioner Jourova and European Parliament President Tajani, asking them to reprimand the Polish government.  “It seems inconceivable that an EU Member State can be permitted to, in such a crass way, wash its hands of what happened by slapping draconian legislation that threatens to imprison people for holding an alternative view, in this case, a majority of European Jews”, said Margolin.

In a statement Rabbi Margolin said,

“It is with deep regret that the President of Poland, clearly ignoring the concerns of European Jewry and the International Community, has decided to sign this deeply flawed bill. We had urged President Duda to defer any final decision on ratifying the legislation until at least having met with a delegation of Jewish leaders. He has decided, bizarrely, that this is not necessary.

“As a consequence, the EJA will – as we successfully did in the past on efforts to ban Kosher slaughter – challenge this matter in Poland’s Constitutional court.”

“I have also written to the heads of all the EU Institutions asking them to reprimand the Polish government.  It seems inconceivable that an EU Member State can be permitted to whitewash history by imposing draconian legislation that can imprison people for holding an alternative view on what happened during Europe’s darkest days.

“The bill, as presently worded, represents the worst kind of historical revisionism, is an assault and an insult to the memory of those murdered during the holocaust and is a direct attack on free speech and freedom of opinion. This cannot stand.” concluded Margolin.

The Netherlands is to get a new national coordinator to tackle anti-Semitism, Justice Minister Ferd Grapperhaus said on Sunday. Dutch Members of Parliament – following pressure from the Jewish Community – had pressed the government to appoint a special advisor to deal with antisemitism following a marked increase in antisemitic incidents in the Netherlands.  The new national co-ordinator’ primary task will be to advise the government about dealing with anti-Semitism from a legal perspective and on ensuring the safety of the Netherlands’ Jewish community. The move was welcomed by leading figures in Dutch and European Jewry.
Ellen Van Praagh Chair of the Inter Provincial Chief Rabbinate for The Netherlands (IPOR) and European Jewish Association Board Member said in a statement:

“Just this weekend my synagogue and the Liberal synagogue in Utrecht were daubed with swastika symbols. It appears that the attacker had mental health issues, but it is abundantly clear to us that the pandemic has brought out the  worst in people.

“It has seen the resurrecting of old tropes about Jews, which has  fueled a rise in antisemitism and antisemitic acts, the numbers of which are alarming to Jews everywhere in Holland. That the government has decided to step in and tackle the root causes of this is welcome, as is their commitment to safeguard Jewish communities and Institutions in the Neherlands. We at IPOR look forward to working closely with the national co-ordinator to this end.”

Rabbi Binyomin Jacobs, Chief Rabbi of the Netherlands and founder member of the Rabbinical Centre of Europe (RCE), whose contacts with the Dutch government have directly influenced the moved added:

“It is of course indicative of the predicament facing Dutch Jews that the government has decided to appoint a national co-ordinator to tackle Anti-Semitism. Whilst we welcome such an appointment it is with a heavy heart that this position is even necessary in a country such as the Netherlands, whose very name is associated with tolerance and plurality. Nevertheless, as attacks increase, the national co-ordinator will find their inbox heaving with suggestions from Jews in Holland who want nothing more than to live in peace and practice their faith unhindered.”

The Chairman of the Brussels based European Jewish Association, Rabbi Menachem Margolin, whose communities span the length and breadth of the continent, concluded:

“The EJA, as part of our Europe-wide plan to tackle antisemitism, has called for every country in Europe to appoint such a co-ordinator, many heeded our call and did just that. So, we applaud the Dutch Government as the lastest country to make this move. The Netherlands now joins a growing list of European Countries with national co-ordinators whose task is to eradicate the virus of antisemitism that has grown in tandem with the virus of Covid 19. Too many Jewish communities across Europe have been forced to pull the alarm cord and call for help.  That governments are heeding this call is reassuring, yes, but it is also a signal that they do not wish the disgusting stain of antisemitism to spread further on their social fabric. There is much work to do, and the European Jewish Association stands ready to help, offering suggestions and best practice from other parts of Europe that Holland can apply, and that can help make the difference.”

EJA had received the following letter from the Federal Chancellery of Austria:

I hope this message finds you well.

Chancellor Sebastian Kurz and Vice Chancellor Heinz-Christian Strache spoke at today’s commemorative event, emphasizing that remembrance must be followed by concrete action. Austria has a special responsibility in the fight against antisemitism and in safeguarding Jewish life in Europe, Israel and in the rest of the world. The first ever agreement of the EU countries to decisively fight antisemitism which Austria managed to reach during its Presidency, was an important step into the right direction.

“My generation is probably the last one that is able to speak to holocaust survivors. In this context, I fully support the proposal to give all secondary students in Austria the possibility to visit the Mauthausen memorial at least once in their lifetime,” so the Chancellor.

Vice-Chancellor Heinz-Christian Strache also underlined Austria’s commitment to remembrance on such a significant day: “The Shoah was the most horrible and vicious manifestation of the Nazi terror regime. I bow my head to all those who became victims to this gruesome and cruel time in our history.”

Austria has been cooperating actively with the memorial Yad Vashem over the past decades. Since the year 2000, around 800 Austrian teachers participated in seminars/courses at the memorial to improve the curricula of Austrianstudents, and last year, as Austrian Federal Government, we contributed 1 Million Euros to the construction of the Shoah Heritage Campus.

To further strengthen this relationship, today Chancellor Sebastian Kurz has signed on behalf of the Austrian Federal Government an archival agreement with Yad Vashem. The agreement will give historians from Austria and Israel the opportunity to access their respective archives and conduct their research. We are firmly committed to make sure that no individual story will ever be forgotten.

Feel free to come back to me at any time in case of further inquiries or comments.

Federal Chancellery of the Republic of Austria

Spokesperson of the Federal Government

EJA Chairman, Rabbi Menachem Margolin had reply to the letter:
c and vc at