It was our pleasure today to host a special Yom-Haatzmaut-Zoom conference with Israeli Government Minister TZACHI HANEGBI. Jewish community leaders from all across Europe took part, shared their thoughts and raised some questions to the minister on the issue of Israel and it’s relations to the diaspora Jews.
we would like to thank:

If you missed our conference you can watch it at the following link: 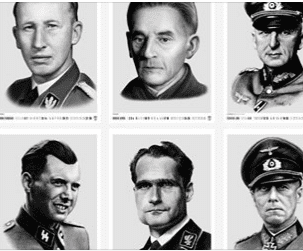 CZECH « PERSONALITIES OF THE THIRD REICH » CALENDAR : CONDEMNATION IS MEANINGLESS IF SUCH ITEMS ARE NOT BANNED, SAYS EUROPEAN JEWISH HEAD

«Such items have no place in civil society, especially in a country that suffered so much under the nazi jackboot » – Rabbi Menachem Margolin.
As a storm erupted in Czech Republic diplomatic circles over the publication and sale of a calendar depicting « personalities of the Third Reich, the head of the Brussels based European Jewish Association said that in a time of rising antisemitism, condemnation was not enough and Czech authorities must ban all and any items that glorify the horrendous actions of the Nazis.
In a statement Rabbi Margolin, the Chairman of the European Jewish Association said :
«I find it incredible that a country that suffered massacres under the hard jackboot of the Nazis, and whose soldiers and airmen heroically fought the third reich from exile, would even countenance having such an item to buy in their country.
« The publisher states that there is demand for such items. We heard similar words from an auction house in Munich that was selling Nazi memorabilia in 2019. This is not an excuse.
« Words of condemnation whilst welcome are meaningless. The sale of such items is not only disgusting and an affront to the millions that perished under nazi ideology, but is very, very  dangerous in times of rising antisemitism. It glorifies murder, empowers those who hate the « other », and trivialises each and every abhorrent act undertaken by Hitler and his henchmen.
« I urge the czech government, for the sake of decency, for the honour of their fallen heroes and to send a messgae to Jews in the Czech Republic and across the world, to outlaw and ban the sale of any and all nazi memorabilia. »
you can read more about the story HERE

Day two of our bootcamp started with two special guests: Berlin’s combatting anti-semitism representative Mr Sigmount Konigsborg, and ACOM’s Mr Angel Mas who took our participants on an intensive session into modern manifestations of anti-semitism, the challenges of social media and how to fight back on campus and in public discourse. Both are heroes of ours and it was great to have them share their experience and tips.
We had a brief tour of Madrid before getting straight back into it with Attorney at the Paris Bar and leading French Jewish and Israel advocate Pascal Markowicz who gave us his take and counter arguments to the ICC’s announcement to investigate Israel, then we dove straight into an EJA team seminar on two threats to Jewish life in Europe: Shechitah and Brit Milah. Day 2 concluded with a great dinner where special guests from the Israeli embassy and Spanish MP and friend of the EJA José Ignacio Echániz. Then, well, we let our hair down a bit…
Day 3 coincided with Yom Hazikaron, and it was fitting on a day that Israel mourns its dead in defence of the country that we spoke about the positive impact that Israel has played in embedding normalisation in the hearts and minds of the Emiratis. Two masterminds of the the social media strategy Strategic Mr Yonatan Gonen who heads up the Arab language social media section at the MFA and Mr Ido Daniel who directs public diplomacy and social media at the Ministry of Strategic Affairs shared their remarkable and inspiring works as well providing tips and insights on how to manage social media relations.
We then went straight into a panel of leading Spanish Journalists for an exchange of views on Israel and how the media covers the region, before concluding with former ACOM President and former President of the Madrid community Mr David Hatchwell, who shared his incredible and inspiring story of how he got engaged in advocacy and the challenges and opportunities in advocacy work going forward. Finally, as we drew our bootcamp to a close, we talked about our Jewish Diplomatic Corps, which is the next step for many of our bootcampers….intense, fun, enlightening and constructive. The EJA, our partners the
ECJS (European Center for Jewish Students) and Concert – Together for Israel are building the next generation of Jewish leaders. Leaders with the right skills and tenacity to lead from the front. We are proud of them. 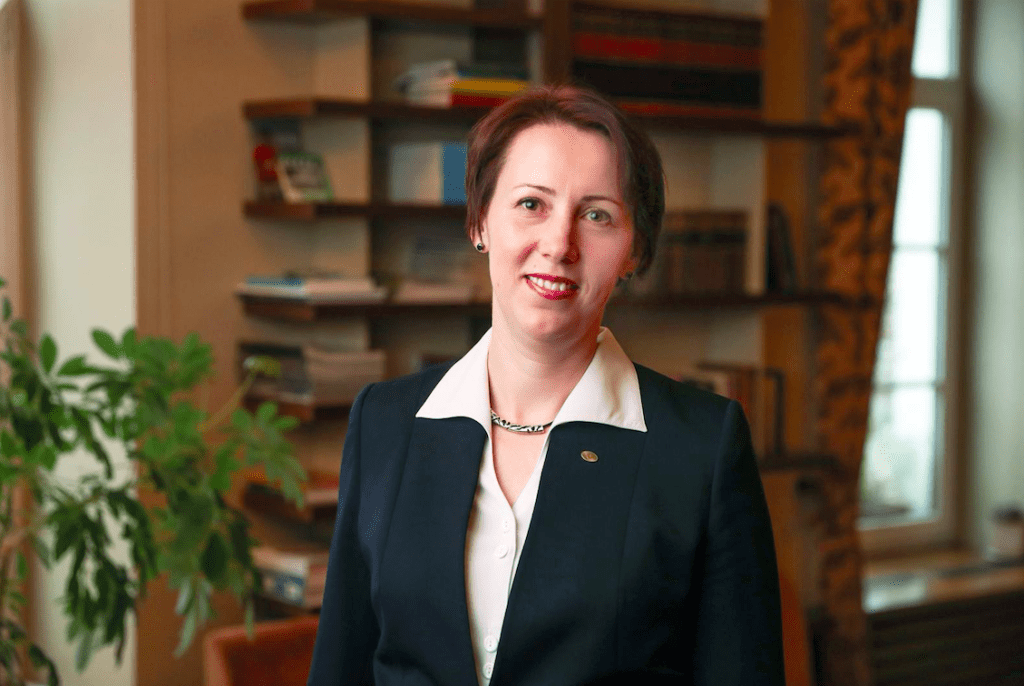 Meeting with Madam Jolanta Urbanovič, Vice-Minister of Education, Science and Sport of the Republic of Lithuania

Yesterday, on 16 January 2020, the European Jewish Association and our partners from the Action and Protection Foundation /Hungary/ and the International Commission for the Evaluation of the Nazi and Soviet Occupation Regimes in Lithuania have joined together to further advance the ongoing Europe-wide initiative on the European Curriculum and Textbook Project against Antisemitism. The meeting has thus taken place in the wonderful Lithuanian capital of Vilnius – once known as the Jerusalem of the North.

With the EJA having been represented by Mihails Vorobeičiks-Mellers (Political Affairs Adviser), the APF by Kálmán Szalai (Secretary) and the International Commission by Ingrida Vilkienė (Deputy Director), we have had the pleasure of meeting with Jolanta Urbanovič, Vice-Minister of Education, Science and Sport of the Republic of Lithuania, and members of her team.

During the meeting, the European dimension of the project has been described and discussed, along with the ongoing dialogues with the educational authorities in several other countries, where meetings have already taken place earlier. Then the initiative’s realization in Hungary has been touched upon – its roots, planning, development, the negotiations involved, gradual implementation and results, and the effect it has had and continues to have on the national curriculum and those undergoing as well as teaching it.

Afterwards, the Lithuanian system of education has been discussed, particularly the various aspects of Jewish studies already covered within the curriculum as well as the corresponding topics where the International Commission has achieved significant progress. In case of the latter, numerous teacher seminars, symposiums and events devoted to providing extensive information on the pre-war Jewish life in Lithuania, contributions to society and country as a whole, as well as Holocaust remembrance – just to name a few.

A consensus has been reached that a much stronger emphasis has to be made not only on the Holocaust remembrance – which is undoubtedly important – but also coexistence, cooperation and long-time friendship between the Jews and their compatriots inhabiting Lithuania in the many centuries preceding the Second World War, not to mention the after-war and contemporary periods as well.

With the above in mind, and considering the Ministry’s plans to renew the curriculum (not just in history, but also other subjects, e.g., social studies, languages etc.), it has been, in particular, agreed that a project proposal containing a number of suggestions shall be prepared, covering the various aspects of the topics mentioned above and others, which shall then be discussed and further evaluated by a prospectively set up expert group, whose composition shall be also discussed soon. Interest and willingness for further close dialogue and possible cooperation has been expressed by all sides involved in the meeting.

We are most grateful to Madam Vice-Minister Urbanovič and her colleagues at the Ministry for their much welcome interest, time and the possibility to have this discussion yesterday, not to mention for being such wonderful and gracious hosts. We very much look forward to further communication with the Ministry and our partners on the present initiative and, of course, other topics of common interest and concern.