Police officer told me to take off my kippah' 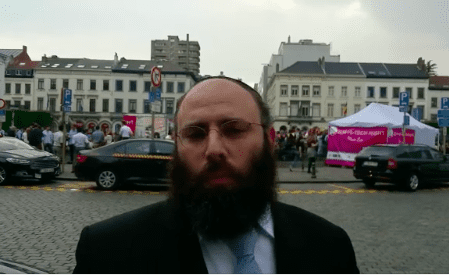 European Jewish leader Rabbi Menachem Margolin says Brussels police told him to remove his kippah at his own event.
Police instructed the organizer of an eventcelebrating Europe's technological ties with Israel in Brussels to remove his kippah.
"I was just requested by a security officer to remove my kippah for security reasons," Rabbi Menachem Margolin, the founder of the European Jewish Association and Europe Israel Public Affairs, told Arutz Sheva outside the event.
"But I will never do it," said Rabbi Margolin.
Despite the police's request, Rabbi Margolin said that the event was "great" and that "thousands of people celebrated Jerusalem's high tech."
"This is the second time that we brought Israeli technology, high tech companies from Jerusalem, to present what they do here in Brussels in front of the European parliament.
"Thousands of people enjoy and can see what Jerusalem can contribute to their lives," he said.
(to watch the video click on the picture)

The Article was published in Aritz 7 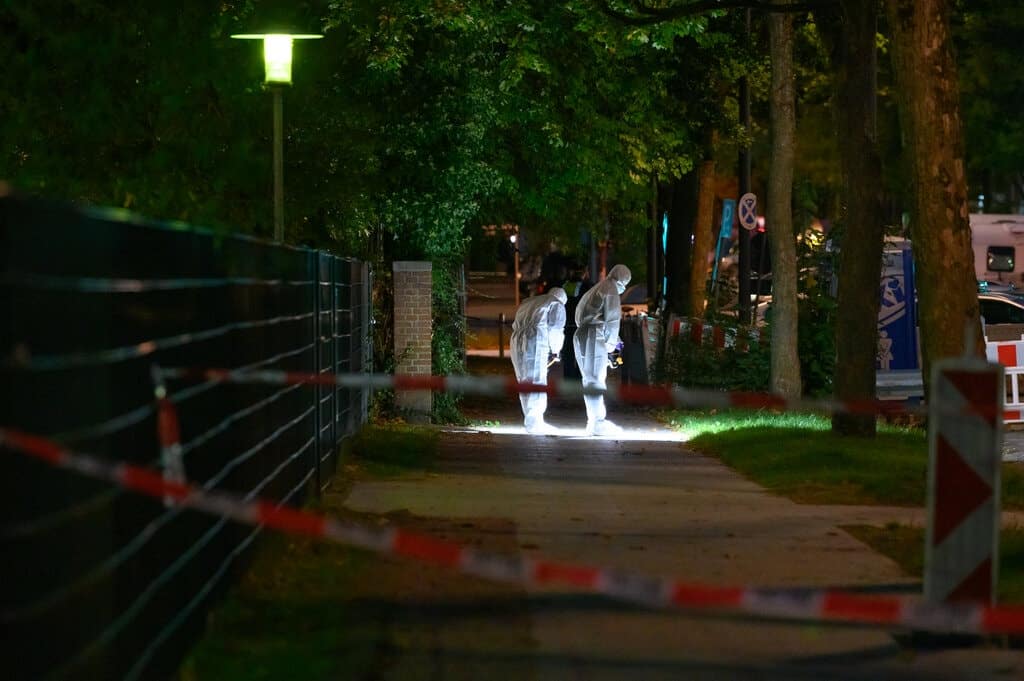 BERLIN — A man wearing army fatigues and wielding a shovel attacked and badly injured a Jewish student coming out of a synagogue in Hamburg on Sunday, less than a year after an assault on a synagogue in the eastern city of Halle turned deadly.

Security guards and police officers deployed to the Hamburg synagogue, where people were marking the Jewish holiday of Sukkot, swiftly subdued and arrested a 29-year-old man, whose name the authorities did not disclose. The suspect was carrying a piece of paper with a swastika in his pocket, the German news agency DPA reported.

The 26-year-old victim, who was wearing a kipa, or skullcap, when he was attacked, suffered grave head wounds and was taken to a hospital, the police said.

“This is not a one-off case, this is vile anti-Semitism and we all have to stand against it,” the German foreign minister, Heiko Maas, wrote on Twitter.

Germany has seen the number of anti-Semitic crimes nearly double in the past three years. Last year alone, the government recorded 2,032 anti-Semitic crimes, culminating in the attack on the synagogue in Halle on Oct. 9. In that attack, a gunman tried and failed to force his way in during services for Yom Kippur, the holiest day on the Jewish calendar, and then killed two people elsewhere.

The man arrested in Halle, Stephan Balliet, 28, is currently facing trial and has spoken openly in court about his hatred not only of Jews but also of Muslims and foreigners, and of being influenced by a far-right extremist attack against two mosques in Christchurch, New Zealand, that killed 51 people last year

Last month, Chancellor Angela Merkel expressed her concern about the rise in anti-Semitism in Germany, warning in a speech to the Central Council of Jews that it is a reality “that many Jews don’t feel safe and respected in our country.”

“Racism and anti-Semitism never disappeared, but for some time now they have become more visible and uninhibited,” the chancellor said, citing the attack in Halle as an example of “how quickly words can become deeds.”

In Halle a year ago, the congregation inside the synagogue only narrowly escaped a massacre. The door of the synagogue had been locked and withstood the clumsily built explosives meant to blow it open. In his rage the gunman later trained his weapon on other random targets in the city.

Following Sunday’s attack, Jewish organizations in Germany and beyond urged the government to increase protection and focus on long-term strategies to stamp out anti-Semitism.

“I am saddened to learn that once again, this time on the Jewish holiday of Sukkot, a German Jewish community is confronting a violent, anti-Semitic act of terror,” Ronald S. Lauder, president of the World Jewish Congress, said in a statement. “We must ask ourselves, and German local and national authorities must address the question — why does this keep happening? Why is anti-Semitism thriving?”

“The German government must take responsibility in strengthening education so that the next generation understands that hatred of any kind is never permissible,” Mr. Lauder added. “The long-term viability of Jewish life in Germany depends on it.”

The article was published on The New York Times
Read More 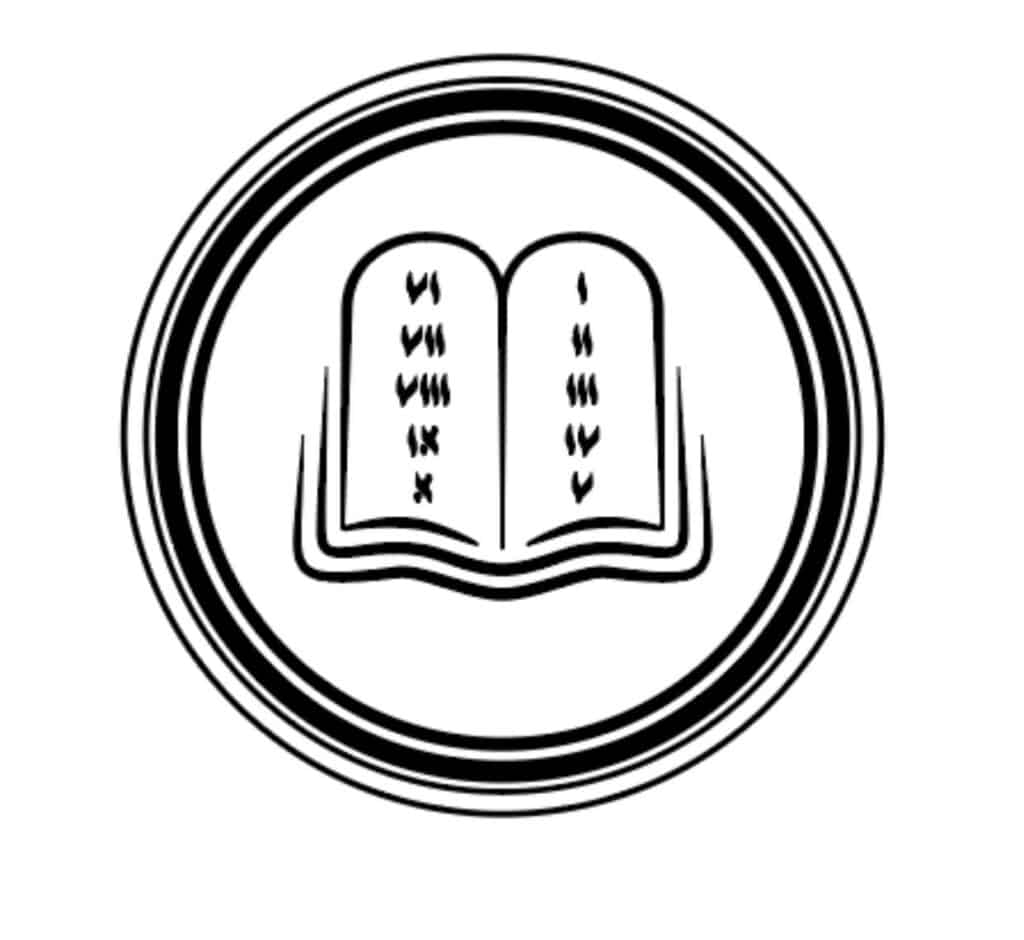 The European Jewish Association is proud and delighted to welcome another organisation to our growing roster of partners and communities.
We have just concluded and signed a memorandum of understanding with The Jewish Community of "The Lemnaria" Synagogue of Jewish Community of Moldova(Kishinev).
We are sure that this cooperation will bring with it beautiful and important accomplishments. We look forward to working for the betterment of Moldova and European Jewry together.

I was grateful for the White House invitation to witness the historic opening of the US Embassy in Jerusalem. Truth be told, I believe that every Jew in attendance was thinking of a father, a grandmother, a sibling wiped out in the Nazi Holocaust or any of the millions of Jews, who over two millennia were scattered to the four winds of exile—and on whose shoulders we stand today. For it was they, from Baghdad to Moscow, from New Delhi to New York, from Warsaw to Waukegan who down through the centuries--against all odds-- dared to dream that someday, somehow, their offspring would return home to Zion, to Jerusalem.

From abandonment to validation

For over 1,900 years Jews in exile lived with the bitter bile of abandonment, bereft of rights, subject to the whims of rulers, demonized by religious authorities and derided by neighbors for being different.
The ultimate abandonment came with the Nazi Holocaust in the 1940s with the destruction of European Jewry. In fact, it was the West’s abandonment of Jews in the 1930s that sealed their fate long before the Nazis mass-murdered 6 million of our people—one third of world Jewry.
Validation
So how was possible that less than three years after Auschwitz, that the Jewish nation was (re)born?
It was in large measure because of one man who bucked the advice of diplomats and pundits to support a Jewish state— President Harry S. Truman.
Watching the video in Jerusalem of President Donald Trump’s speech from the White House, I kept thinking about the similar challenges both presidents faced when it came to U.S. policy in The Holy Land.
Truman, who never expected to be the vice president in 1944, let alone could have imagined that he would soon be president of the United States, had zero experience in foreign policy.
Once he became president he would rely heavily on Secretary of State George Marshall, a World War II hero who would go on to win the 1953 Nobel Peace Prize for The Marshall Plan that rebuilt a Europe shattered by war.
Marshall was bitterly opposed to a Jewish state. He was more concerned about having an uninterrupted supply of Arab oil than a people devastated by war and was convinced that the Jews couldn't withstand an Arab military onslaught.
Marshall’s opposition was buttressed by virtually the entire State Department. At one point Marshall even threatened Truman that he would oppose the president’s reelection.
No matter, “Give ‘em Hell Harry” -- with a push from his Jewish buddy and partner Eddie Jacobson—decided to override the “experts” and actively support the Jewish people’s quest for freedom.
On November 29, 1947, he instructed the U.S. to vote for statehood at the United Nations. A few months later, Truman decided that the U.S. would be the first nation to recognize the State of Israel, just 11 minutes after David Ben-Gurion declared the Jewish State.
Through his actions Truman not only changed history, he validated a people who had been left for dead.
Today the Jewish state is alive-- a vibrant democracy and a font of ingenuity and creativity. But it is a nation still under siege—threatened by over 100,000 Hezbollah and Hamas missiles, terror tunnels and Iranian nuclear-tinged saber rattling.
Israel also faces a relentless asymmetrical war of demonization and delegitimization. From U.N. resolutions to church groups to academic assaults to global boycotts to social media campaigns, Zionists are denounced as racists and Israelis as Nazis, latter-day colonialists, interlopers and even  “fake” Jews.
Enter Donald Trump. With the stroke of a pen, he validated 3,500 years of Jewish history by opening the U.S. Embassy in Jerusalem, debunking the global smear campaign against the Jewish State.
His decision will also have an impact on Christian-Jewish relations. My grandparents fled Eastern Europe at the beginning of the 20th Century primarily because of theologically-fueled hatred from Christian churches and clergy.
They would have been shocked to see the hundreds of Christian Zionists who sat shoulder to shoulder with American and Israeli Jews at the embassy opening on Monday. And they would have been amazed to learn it was American Christians, led by a few million Evangelicals, who consistently reminded President Trump about candidate Trump’s promise to do right by Israel.
Unlike his predecessors who never lived up to their campaign promises -- Trump just did. His place in history and in the annals of the people of Israel are secured forever.
The Article was published on Fox News