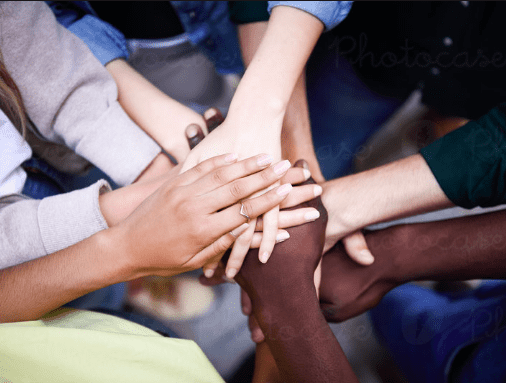 LONDON: More than 250 Jewish and Muslim women have made a commitment to being #ActiveAllies and take firm and united action against anti-Semitism and Islamophobia, after declaring that “the time for talking is over” and “we are in this together”.
The women, of all ages and backgrounds and from all parts of the UK, launched the campaign at the Nisa-Nashim Annual Conference — Europe’s only such gathering of Jewish and Muslim women, which took place at the University of Westminster on Sunday, according to a press release issued here on Monday.
Nisa-Nashim’s co-chairs Laura Marks OBE and Julie Siddiqi said: “For too long in both of our faiths communities we have seen insular thinking when it comes to tackling hatred. The time for talking is over, now it’s time for us to take united action together.
“We know that both our communities are the targets of hatred and, largely, by the same type of people — people who are intolerant and despise difference. We need to face this challenge together and by standing up for each other.
“We recognise, as women in Nisa-Nashim, that both Islamophobia and anti-Semitism are on the rise. The devastating attacks on innocent people in both Pittsburgh and Christchurch have strengthened our resolve and we commit to be #ActiveAllies. It’s not enough, nor is it right, to only stand for ourselves. We are in this together, as Jewish and Muslim sisters — especially when the hatred is targeted at women.”
Over 250 delegates at the conference, along with other Nisa-Nashim members around the UK, have signed up to the #ActiveAllies charter vowing to call upon every political party in Britain to review their processes for preventing, exposing and dealing with both Islamophobia and anti-Semitism within their party.
The conference — titled Faith and Friendship, Shaping the Future Together — also featured a number of keynote speeches, on stage interviews, sessions and workshops. Speakers and presenters included Metropolitan Police Commissioner Cressida Dick, Countdown star and anti-Semitism campaigner Rachel Riley, London Deputy Mayor Debbie Weekes-Bernard and the Deputy Director of Hope Not Hate Jemma Levene.
The article was published on The News

Every Day during the Corona crisis our Advisory Board Member Chief Rabbi Binyomin Jacobs (NL) writes a diary, on request of the Jewish Cultural Quarter in Amsterdam, which is published on the website of the NIW, the only Jewish Dutch Magazine. Rabbi Jacobs is the head of Inter Governmental Relationships at the Rabbinical Centre of Europe. We will be regularly publishing a selection of his informative, sometimes light hearted, but always wise pieces.

For our Dutch readers you can follow the diary every day at NIW home page: https://niw.nl

A few days ago, I received a phone call from Israel from M who claimed he was many years ago in school with one of my children. He was not the brightest of the class, but he always received high marks for Jewish subjects due to his diligence and good behavior. He called me to wish me many more years because of Sjawoe’ot and proudly informed me that he has recently obtained his education diploma and now supervises children with learning disabilities. I remember being shocked at the time that one of the mothers told me that M’s 9½ should actually have been a 4 and not comparable to her son’s 8.
There is no doubt that Torah study is of mayor importance. After all, we Jews are the People of the Book, of “learning”, daily and through the ages. And yet Judaism is not about the acquired knowledge. Judaism is not science, and “learning” is not studying. A high level of knowledge is not a proof of a high level of commitment.
When traveling on a train journey we know beforehand what station we want to step out.  And when we leave the train, it’s visible to everybody what the destination was.
That too is the way a good book works. In the title of the book, the beginning, in fact, the entire content is included.  And at the very end, in the last sentence or in the last word, the conclusion becomes clear and visible.
The Torah starts with the history of Creation. And our great explainer Rasjie asks an obvious question: Why does the Torah starts with the story of Creation? The Five Books of Moses are primarily intended for the Jewish People and we can only speak of the Jewish People after the Exodus from Egypt when the Torah was received on Mount Sinai. Wouldn’t it have made more sense if the Torah had started with this episode and not with the creation of the world?  And Rasjie answers his own question as follows: before we start studying the Torah, we must realize and accept that there is a Creator!
The last sentence of the whole Thora tells us how Moshe broke the stone Tablets of the Ten Commandments and G’d is grateful to him for that deed! Isn’t that strange! Is this the most suitable sentence to finish the Thora?  And what was the course of Moshe breaking the Tablets which were literally a gift from Heaven? When Moshe saw that the Jews, his people, had forgotten G’d and worshiped the Golden Calf, shouldn’t he better have put aside the Tablets, go to his people and addressed them admonishing and then took back the Tablets. Why smash them? And why was G’d so pleased with Moshe’s destructive act?
And again, the same answer as to the question about the story of Creation: if the Jews no longer wanted to follow Hashem our G’d Who brought them out of Egypt and instead focused on idolatry, the Torah became totally worthless and the Tablets had nothing left to offer.
The Torah is not a goal, but a means. The means to serve G’d and survive as a Jewish nation. And that’s why the Torah starts and ends with that thought.
If we are aware that the Torah is the means, then we can start “learning”. And it is not about the
9½ or the 4, not about a high or a low IQ. It is about commitment, real piety and sincerity. Torah is a means, and those who see Torah as the goal they better go to study something else.
Many good, prosperous and healthy years
גוט יום טוב
Binyomin Jacobs, chief rabbi
Sjawoe’ot 5781 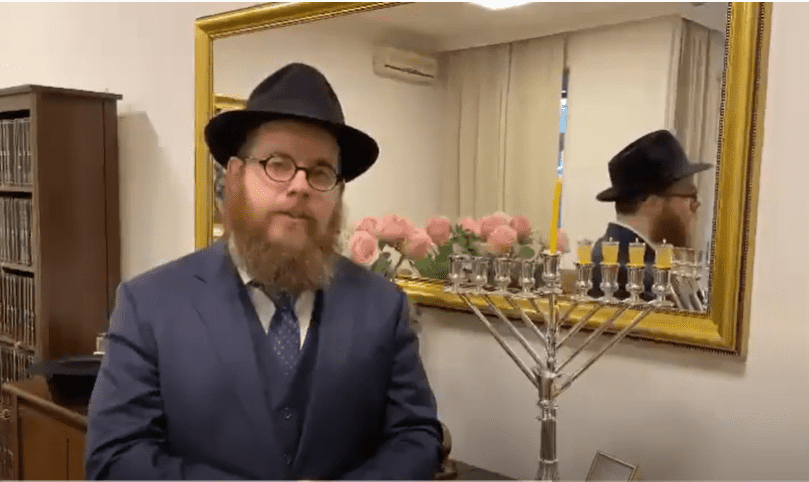 As a part of our #LightingEurope canpaign we are happy and honored to have EMIH Unified Hungarian Jewish Congregation Executive Rabbi Slomó Köves for the fourth candle and Dr Leah Floh, Chairperson of the Mönchengladbach Jewish Community for the Fifth candle with some special words for Chanikah
You can read the translation of Dr Floh here:
My dear Jewish friends in the entire world but especially in Israel!
Dear friends and supporters!
The Jewish Community of Möchengladbach [Northrhein-Westphalia, Germany] and all Jews from throughout Germany want to wish all of you a Happy Chanukah – a festival of lights, of love, of hope and of solidarity.
Please stay healthy or return quickly to good health. Remain optimistic and always remember to support each other.
Dear Shoah survivors, dear Child Survivors: you have great capacity for resilience and with it you could infect others with your positive outlook on life.
I’m convinced that we will be able to celebrate together next year.
Am Israel Chai עם ישראל חי [the people of Israel live!], l’shana haba’ah b’Yerushalayim לשנה הבאה בירושלים‎ [next year in Jerusalem!].
Chag Chanukah Sameach חג חנוכה שמח [Happy Chanukah Holiday!]
Amen! 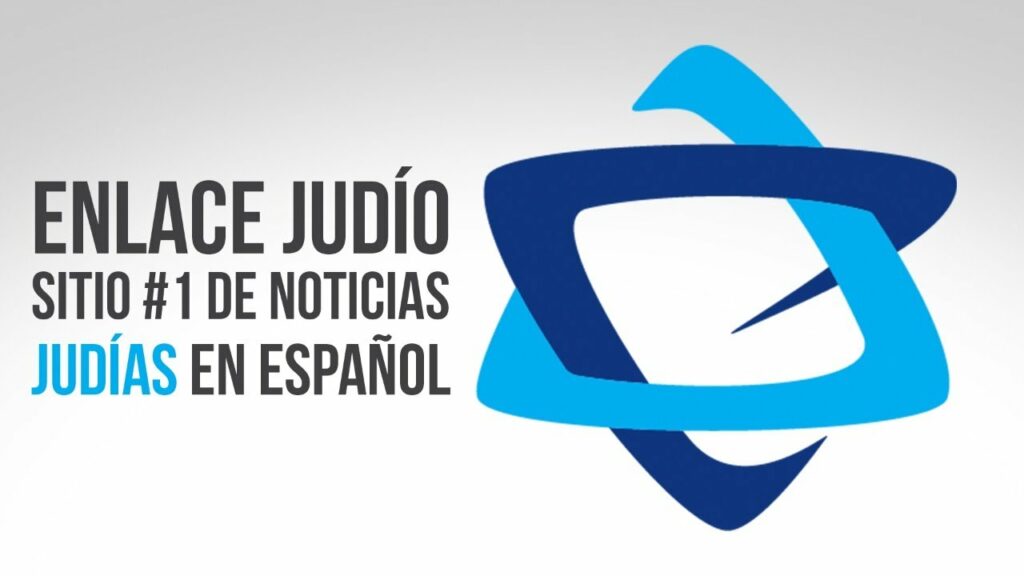 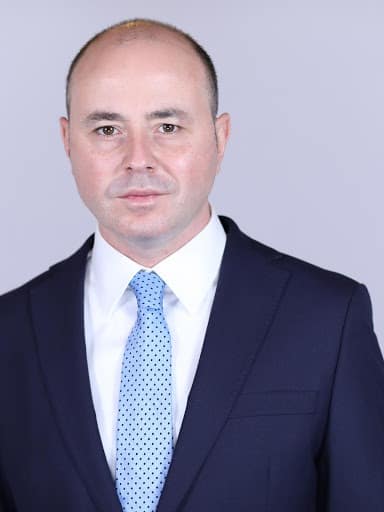 We at the EJA had the pleasure of sending our heartfelt congratulations directly to Mr. Iulian-Alexandru Muraru MP who was recently appointed as the Special Representative of the Romanian Government for Promoting Memory Policies, Combating Antisemitism and Xenophobia.
Mr Muraru joins a growing roster of special representatives in Europe tasked with combatting antisemitism. The EJA have been advocating heavily for as many positions as possible to be filled to this end across the continent and are delighted that Romania has taken such an important step.
We very much look forward to a fruitful cooperation with Mr Muraru and we stand ready to provide assistance. We likewise eagerly look forward to meeting Muraru with when the ongoing conditions allow for it.