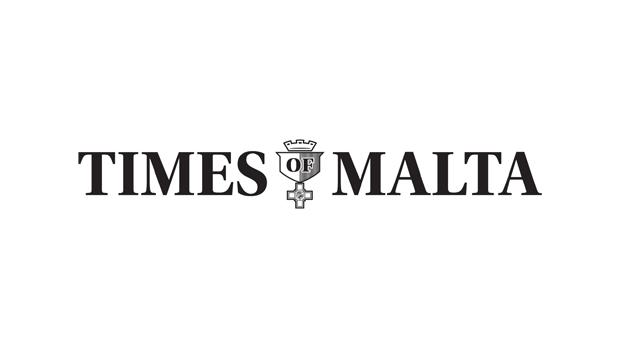 European Parliament President Roberta Metsola was on Monday presented with the King David Award from the European Jewish Association (EJA) in recognition of her support to the Jewish community in Europe.

In an acceptance speech, she said the award will serve as a continuous reminder of heinous crimes committed against humanity, and to recall the importance of speaking up in defence of European common values.

The award was given after her visit commemorating the victims of the holocaust at the Auschwitz-Birkenau Camps.

Metsola also laid a wreath at the so-called Death Wall and participated in a memorial ceremony.

Metsola pledged to honour the legacy of the Holocaust victims “by never forgetting, by never being indifferent, and by always, always speaking up”.

“At this place of horror, we must find hope. Our promise to those lost and to those who survived is to remember, to never be silent and to build a new world in their memory. We remember”, said President Metsola at the end of her visit to the Auschwitz-Birkenau Camps. To commemorate the first deportation train with 2,800 Jews from Thessaloniki, 79 years ago, the Jewish Community together with the Municipality, the European March of the Living Network and three local universities organized this Sunday, a joint silent memorial march.

More than 2,000 people led by the Greek President Katerina Sakellaropoulo, the European Commission Vice-President Margaritis Schinas, the mayor of Thessaloniki, Greek officials, Jewish Community leaders and the Director of the European March of the Living network, marched down the same road from the Jewish neighborhood to the Old train station from where they were deported to Auschwitz.

In her address, the Greek President stressed that: “Only if we pass on historical knowledge to the new generations, if we preserve historical memory, if we feel as our own the pain and suffering of the victims, if we understand that the Holocaust is a universal historical heritage, will we equip ourselves against a new onslaught of evil, possibly in another form, but always threatening and abhorrent.”

round the same time, a freshly-painted street mural in the western Greek city of Patras was inaugurated and is already drawing renewed attention to the courageous deeds of two “Righteous Among the Nations” heroes who saved Jews during the Holocaust.

The public art display, an initiative of Artists 4 Israel, in partnership with the Combat Antisemitism Movement (CAM), honors two Greek citizens, the late Zakynthos Mayor Loukas Karrer and Metropolitan Dimitrios Chrysostomos, who, at great personal peril, protected all the Jews of Zakynthos after the Nazis occupied the island in 1943.

The mural was painted by Kleomenis Kostopoulos, the creative director of Patras-based Art in Progress. He commented, “Murals are one of the most important forms of contemporary expression and communication in public spaces. Today, more than ever, we must revisit our history in Greece by bringing it to the streets, and putting it in their faces.”

Jewish freedom of religion is under direct attack across Europe from the very institutions that have vowed to protect our communities, says European Jewish Association Chairman Rabbi Menachem Margolin.
Move comes as consequence of European Court of Justice Ruling last December that member countries may ban the practice of ritual slaughter in order to promote animal welfare, without infringing the rights of religious groups.
The December ruling  said that the EU’s animal slaughter regulation “does not preclude member states from imposing an obligation to stun animals prior to killing which also applies in the case of slaughter prescribed by religious rites”, but encouraged member states to find a balance. It is now clear that a number of member states are zealously applying the former whilst ignoring the latter,
In a statement this evening, the Chairman of the Brussels-based European Jewish Association, which represents hundreds of communities across the continent, said:
“We warned in December about the downstream consequences that the European Court of Justice ruling carried with it, and now we see the outcome. Jewish Freedom of Religion is under direct attack. It started in Belgium, moved to Poland and Cyprus and now it is Greece’s turn.
“These direct attacks are coming from many of the same governments and institutions who have sworn to protect their Jewish Communities.
“What we are witnessing is rank hypocrisy. When it comes to antisemitism, governments and institutions rightly stand behind us. But when our faith and practice is assailed left and right by laws, they are nowhere to be seen, nowhere to be found.
“What use is it to protect Jews while legislating fundamental pillars of our religion out of existence?
We will urgently making representations to the highest levels of the Greek government to get direct answers to this simple but fundamental question: How can there be Jews in Europe if you keep bringing in laws against us? Ends

The EJA welcomes the EU Attorney General’ opinion that individual member state moves to ban kosher slaughter run contrary to EU law and are a breach of commitments to respect freedom of religion. We hope that the European Court of Justice will echo his opinion in due course.

Lebanese businessman to give Hitler hat to Israeli foundation

“In a cynical world, such a noble act of kindness, generosity and solidarity has bowled us over”, said Rabbi Menachem Margolin – Mr Abdallah Chatila will join the EJA as guest on major Auschwitz trip to receive award.

Following the controversial auction of Nazi memorabilia by Hermann Historica in Munich last week that was raised by the European Jewish Association (EJA) and let to massive uproar and media attention, it has emerged that a prominent Lebanese businessman directly responded to the news by buying over 600,000 euros of nazi memorabilia with the sole purpose of giving it to the Jewish community to do with it as it sees fit.

Rabbi Margolin spoke to Mr Chatila to thank him, and Mr Chatila has accepted an inviation to come to Auschwitz on a delegation organised by the EJA for 100 parliamentarians from across Europe, where the businessman will be awarded for his act.

“We believe that the trade in such items is morally unjustifiable and it seemed, given the uproar and outrage that led up and following the auction that we were not alone.

“We were not prepared however, in this cynical world in which we live, to expect an act of such kindness, such generosity and such solidarity as demonstrated by Mr Chatila. It is clear he understood our aggravation and hurt at the sale, and decided to do something about it in a way that nobody foresaw. We greatly appreciate his understanding that such items have no place on the market, and should ultimately be destroyed. But that he chose to give the items to Jews shows a remarkable conscience and understanding.

“I personally spoke to Mr Chatila on behalf of our Association, our members and the hundreds of communities that we represent to extend our heartfelt thanks for his selfless and important act.

He has also accepted our invitation to attend an upcoming delegation to Auschwitz that we are organising for 100 MPs from across the continent to see and learn first-hand where the Nazi ideology leads. Mr Chatila’s inspiring act is a story that deserves to be told at the highest levels, and he will be there as our guest where we will present him with an award for his act.

“The example set by Mr Chatila is one that deserves as much attention as possible, we thank him for showing the world that an act of righteousness such as this has the power to literally and metaphorically burn the dark Nazi past away.”

The letter written by Rabbi Margolin to Mr. Abdallah Chatila: