EJA Meeting with Special Envoy for the Promotion of Freedom of Religion, Ján Figel 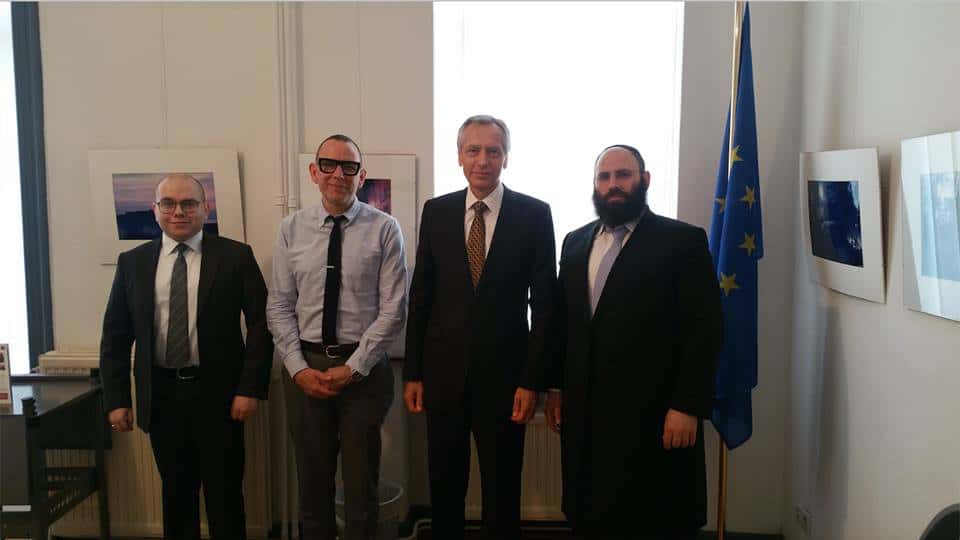 On the 28th of June, the European Jewish Association has met with Mr. Ján Figeľ, Special Envoy for the Promotion of Freedom of Religion or Belief outside the EU. During a very productive and insightful two-hour conversation, the topics discussed have ranged from the freedom of religion and inter-religious dialogue to anti-Semitism and the future of Jews in Europe. Other highly important issues touched upon included persecution of religious minorities worldwide as well as ways of resolving this severely acute problem, which still continues to plague the world even nowadays.

Former EU Commissioner and long-time Slovak politician, Mr. Figeľ has shared with us his experience on promoting the sacred and universal idea of the freedom of religion around the world on behalf of the EU and its inhabitants. Potential possibilities and opportunities for further cooperation between his office and the EJA have also been discussed. 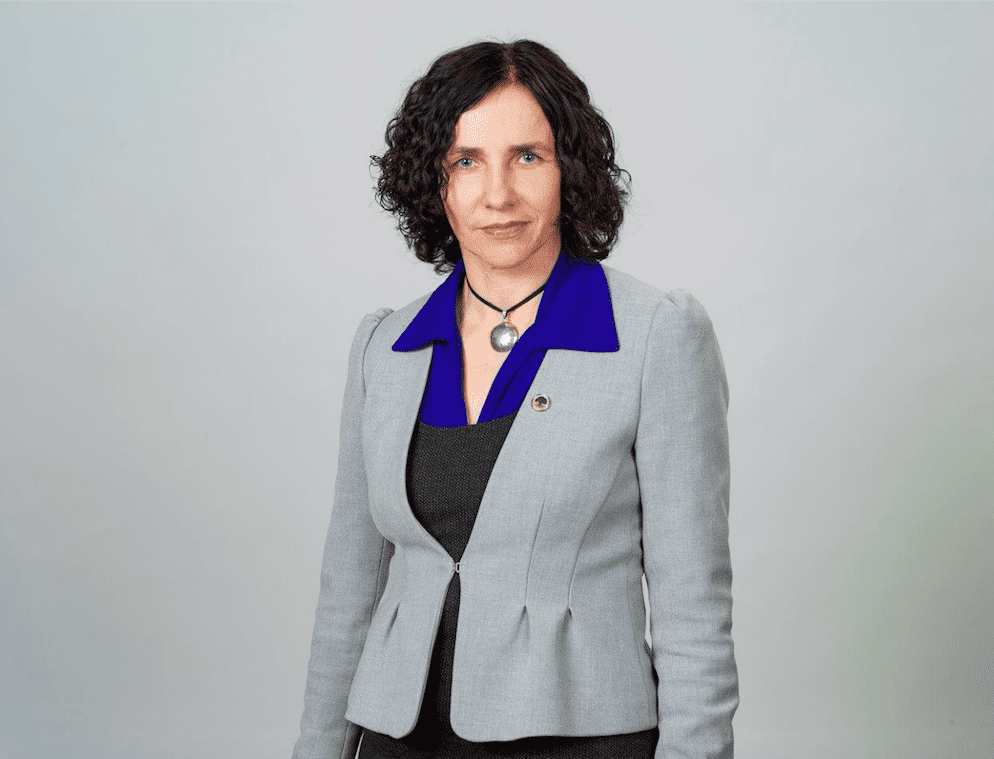 Meeting with H.E. Madam Ilga Šuplinska, Minister for Education and Science of the Republic of Latvia

Earlier last week, on 6 November 2019, the European Jewish Association and our partners from the Action and Protection Foundation /Hungary/ and Association “Shamir” /Latvia/ have come together to further promote the ongoing Europe-wide initiative on the European Curriculum and Textbook Project against Antisemitism. This time the meeting brought us to the Gem of the Baltics – Rīga, the enchanting capital of the Republic of Latvia.

At the meeting, where the EJA has been represented by Mihails Vorobeičiks-Mellers (Political Affairs Adviser), the APF by Kálmán Szalai (Secretary) and Shamir by Rabbi Menahems Barkahans (Chairman) and Jūlija Tereščenko (Project Manager), we have had a chance to meet with H.E. Madam Ilga Šuplinska, Minister for Education and Science of the Republic of Latvia, and members of her staff.

The meeting took place at a beautiful Jugendstil building constructed back in 1911, which the Ministry occupies since 1938. Besides the earlier Hungarian experience, the system of education in Latvia has been discussed, particularly the various curricular and extra-curricular initiatives and programmes already implemented or currently planned by the educational authorities and other entities, such as NGOs, and which are related to different aspects of Jewish studies in the country, and thus the project’s area of topical coverage.

Differently from other meetings, this one has taken place in two languages – English and Latvian. As a result, the overall tone of the conversation became somewhat more personal, with a variety of first-hand experiences having been brought up by the EJA’s representative, taken from his own school years as well as Jewish studies back home. In turn, Rabbi Barkahan has described Shamir’s very active long-time work and accomplishments in the latter field.

In the course of the discussion, several areas of possible cooperation have been identified, including on the composition of new academic materials for school pupils. Moreover, interest in potential event collaboration both in Latvia and abroad has been indicated.

We are deeply grateful to H.E. Minister Šuplinska and the Ministry of Education and Science for the interest, time and the opportunity to hold this important discussion, not to mention for being such welcoming hosts. We very much look forward to further contacts on the present initiative and other subjects of common interest and concern. 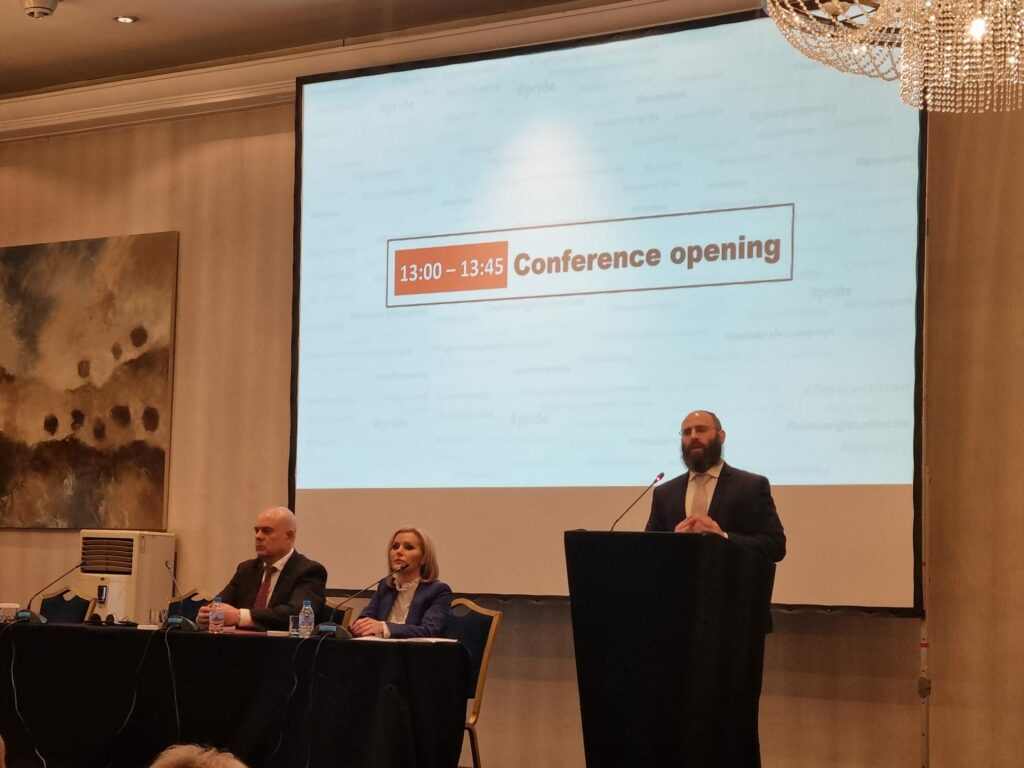 The Prosecutor's Office of the Republic of Bulgaria jointly with the European Jewish Association are organizing an International Conference on STOP HATE SPEECH, which will be held on 5thand 6th December, 2022 in Sofia.

Such an event is being held for the first time in our country and it will be attended by Prosecutors General and supreme prosecutors from states of the European Union and the region, senior clerics of various religions, representatives of state institutions, non-governmental organizations, academic society, human rights defenders and civil activists. The main goal of the conference is to create a platform for the exchange of experience and good practices, which will help to effectively and timely counter xenophobic, anti-Semitic and discriminatory acts, as well as against the incitement and commitment of hate crimes.

The international conference will be opened by Prosecutor General of the Republic of Bulgaria Ivan Geshev. Welcome speech will be addressed to the participants by the Vice President of the Republic of Bulgaria Iliana Yotova, the Interim Minister of Justice Krum Zarkov, Rabbi Menachem Margolin, Chairman of the European Jewish Association and representatives of the executive and judicial authorities.

The international conference STOP HATE SPEECH will gather in one place clerics from four religions. Guests at the event will be Bishop Polycarp, Vicar of His Holiness the Bulgarian Patriarch and Metropolitan Neophyte of Sofia, Alexander Moshev- representative of the Apostolic Nuncio in our country, Grand Mufti Mustafa Hadji. The chief rabbi of the Netherlands, Benjamin Jacob is arriving for the forum in Sofia.

A lecturer at the event will be the photojournalist Marissa Roth, Pulitzer Prize-winner for coverage of the 1992 Los Angeles riots sparked by police brutality against a black biker.

An example of the increasing risk of hate crime these days, related to killing a defenseless person because of his ethnicity, will be presented by Keren Knoll. She is one of the heirs of Mireille Knoll, an 85-year-old French woman of Jewish descent who survived the Holocaust in World War II and was murdered in her Paris home in 2018 because of her ethnicity.

Within the framework of the two-day conference, a discussion will be held on protection of human rights and respect for ethnicity and gender and speakers on the topic will be representatives of the Bulgarian Helsinki Committee, the Bilitis Foundation, activists for the rights of the LGBT community, the Center for Inter-Ethnic Dialogue and tolerance “Amalipe” and others.

Representatives of the academic society will take part in the separate discussions, as Prof. Dr. Vili Lilkov will present a historical overview of the rescue of Bulgarian Jews during the Second World War, and Assoc. Prof. Simeon Groisman will present an analysis of the topic: “The religious – source and object of hatred in the age of “Online Crowds”. Among the participants of the International Conference are Assoc. Prof. Iva Pushkarova, Assoc. Prof. Rumyana Hristidi, Milena Kotseva, Director of the Directorate “Procedural Representation before the ECHR” in the Ministry of Justice, Yulia Dandolova, executive director of the organization of Jews in Bulgaria “Shalom” and others.

The program of the event is divided into three thematic panels:

“Countering Crimes Against Religions” with moderator Alexander Benjamin from the European Jewish Association; “Protecting the citizens’- rule of law – way to guarantee the fundamental human rights” with moderator Vladimir Nikolov – Chairman of the Association of Prosecutors in Bulgaria; “Crimes with a discriminatory motive – the needs of measures guaranteeing the rights of minority groups” with moderator Liliya Dragoeva, BILITIS FOUNDATION.

Nearly 70 media representatives are accredited for the event. 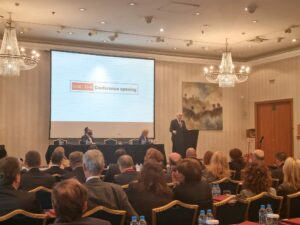 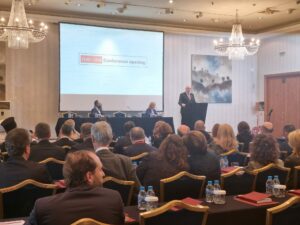 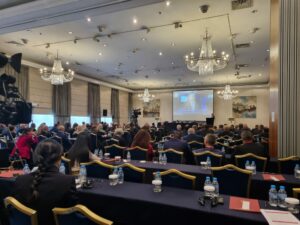 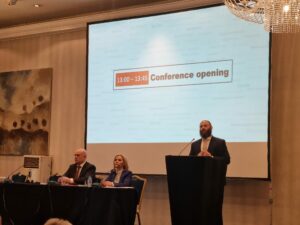 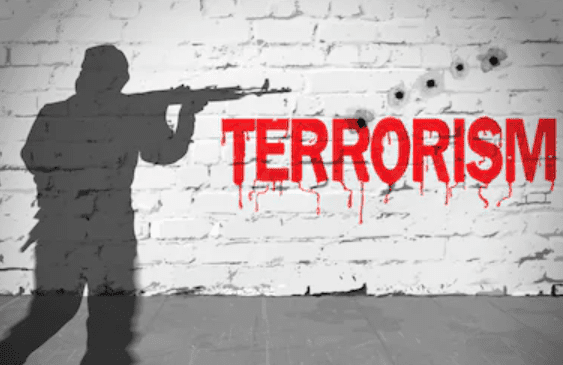 Read the Latest Piece by Our Director, Mr. Alex Benjamin

A Terror Fighter We Don’t Know, But Should

In Europe, life is finally getting tougher for Hezbollah. For decades the group has used the continent to stage and fund its terror attacks, and last year they started to face proper scrutiny in Europe’s capitals. In 2020 alone, Austria, The Czech Republic, Germany, Lithuania, Serbia and Slovenia all designated Hezbollah as a terror organization, banning the group from using their financial institutions and from setting foot in their respective jurisdictions.
These designations and actions are totally deserved. Hezbollah has left pools of blood across Europe, and across the globe, so few outside Tehran, Pyongyang and Beirut will kick up any stink about this effort to blacklist them.
Read More