The EJA was proud and honoured to welcome European Parliament Vice-President Roberta Metsola to our Headquarters for a meeting.
Vice-President Metsola is responsible for Article 17 matters: Dialogue with churches, and religious and philosophical organisations, and is deeply committed to ensuring the safety and wellbeing of European Jewry, particularly in light of rising antisemitism due to the pandemic, but more recently the surge in antisemitic sentiment related to the recent Gaza conflict.
The EJA noted with appreciation the Vice-President’s fire and determination on combatting antisemtism and countering ignorance about Jewish life, practice and faith in Europe. In a political environment often marked by platitudes, such an approach was wonderfully refreshing. We agreed to pursue a number of projects and activities together in the months ahead and look forward very much to deepening our relationship with Mrs Metsola and her capable, efficient and dynamic offices. 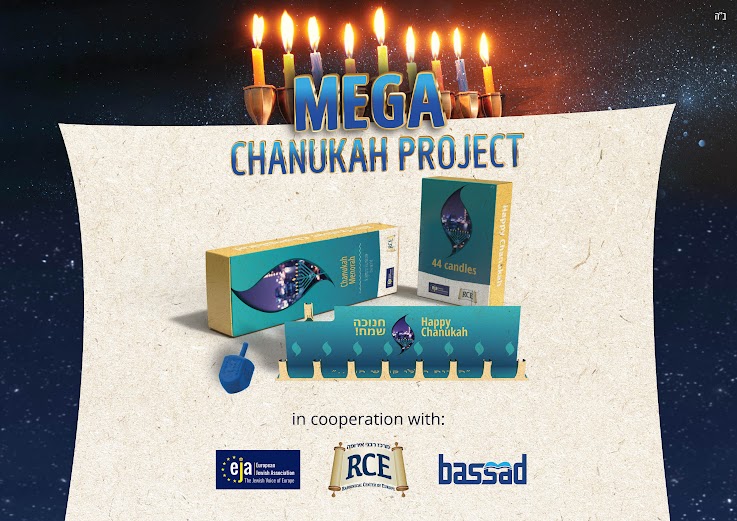 Chanukah distribution of Menorahs and candles

Shabbat Shalom, Europe!
The EJA is happy to announce that we are distributing Menorahs and candles for various congregations across all corners of Europe!
Interested?
We kindly request that you fill in the form to be found through this link:
https://members.smoove.io/lk0tibd1y68dbmybby9nnghn1fcbxi7pxgrn399ntbgtnhtnd9nbx9drgmb9g.ashx
Have a wonderful day! 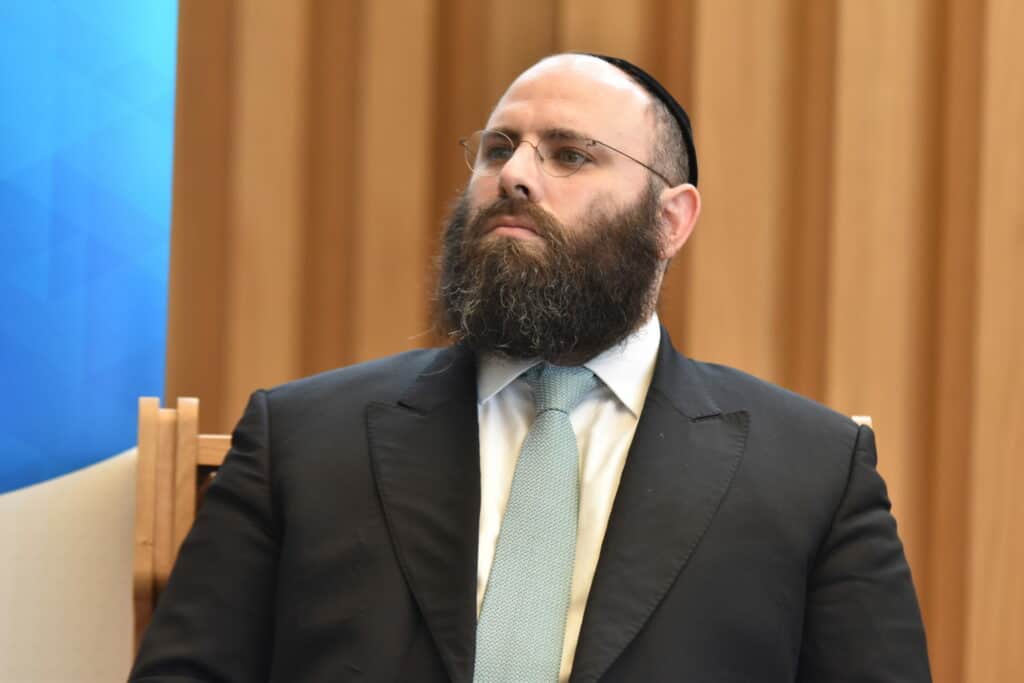 Opinion Piece by Rabbi Margolin: The Palestinians’ all or nothing approach will get them nothing

There is a thin line between aspiration and delusion.
All of us seek to encourage aspiration, but we also regard it as a duty to tell others that they are being deluded. And yet nobody in the international community is willing to have this conversation with the Palestinian Leadership. What is this delusion? It is the “all or nothing” Palestinian demands for peace.

Israelis want peace. But there is zero chance of successful negotiations with a bar set too high for Israel to accept. The bar is a return to pre- 67 borders and the ‘right of return’.
It is time to be blunt. Nobody knows better than Israel what its security needs are. Israel has made it clear that 67 borders are not defendable and would pose an existential threat to the country and its citizens. In short, it’s not going to happen.
Israel may be a young state but it has a long memory. Those who ask it to compromise its borders and security are many of the same voices who left her on her own during wars when her needs were greatest. It will not compromise security for promises and words.
On the ‘right to return’ the bluntness must continue. The Palestinians are not only demanding a smaller Israeli State, and a Palestinian state free of Jews, but for the absorption of millions of Palestinians into Israel.
In short, Israel would simply cease to be a Jewish State – the world’s only one. It’s not going to happen.
Let’s keep it even more simple: A future Palestinian State can have the luxury of malleable borders, Israel cannot.
This is the reality. The Palestinians demands are not credible or achievable. And yet the international community continues to pay lip-service to their delusion.
This is a dereliction of duty. We need to rip up the current playbook that the international community is sticking to. It is a playbook that has not advanced the prospects of peace by a single millimetre. It enables Palestinian stasis. It removes any motivation for them to move forwards. It keeps them in their comfort zone of perpetual grievance.
The Trump plan on the other hand represents the first real attempt by any negotiators to understand and put Israeli security as the starting position and build from there. Previous attempts have always made this an afterthought.
The plan also offers Palestinians a real pathway to statehood, underpinned with a 50 billion investment in infrastructure and state-building – around a third, in today’s money – of the entire Marshall plan budget that was given to 16 countries.
The Palestinians rejected it.
Why? The official line is because of annexation, and because they lost trust in Trump.
Let’s take annexation first. In the past, and most recently in Gaza, but also including the return of Sinai and other territory, Israel has shown its willingness to trade land for Peace as long as it can safeguard its security. And there is no reason to believe that this would not be the case again. Annexation does not represent a final settling of borders. It can represent an opportunity for Palestinians to get back round the table, even if they are historically averse to doing so.
Which brings us to the issue of trust. The Peace process to date is a litany of failure to budge on the Palestinian side, even after significant and often painful moves by Israel, such as the withdrawal from territories that we just touched upon.
Their reaction to this plan is more of the same. The refusal to Trump is the same refusal given to Carter, Reagan, Bush, Clinton, Obama. The same refusal of 48, 67, 73, in the 80’s, 90’s, and OO’s. The terms of reference only change.
Which takes us back to where we started. Aspiration and delusion. A Palestinian state in an aspiration. 67 lines and the right to return is delusion. Annexation is not a final settling of borders, but can be part of negotiations.
It is time to get serious. To get real. To disavow delusion and face reality.
If we fail to do this, we will never get the Palestinians back around the negotiating table, allowing them to perpetuate ad-infinitum the suffering of the people that they represent.
And It’s time for the international community to finally choose between the two and get things moving again.
The article was published in The Times of Israel 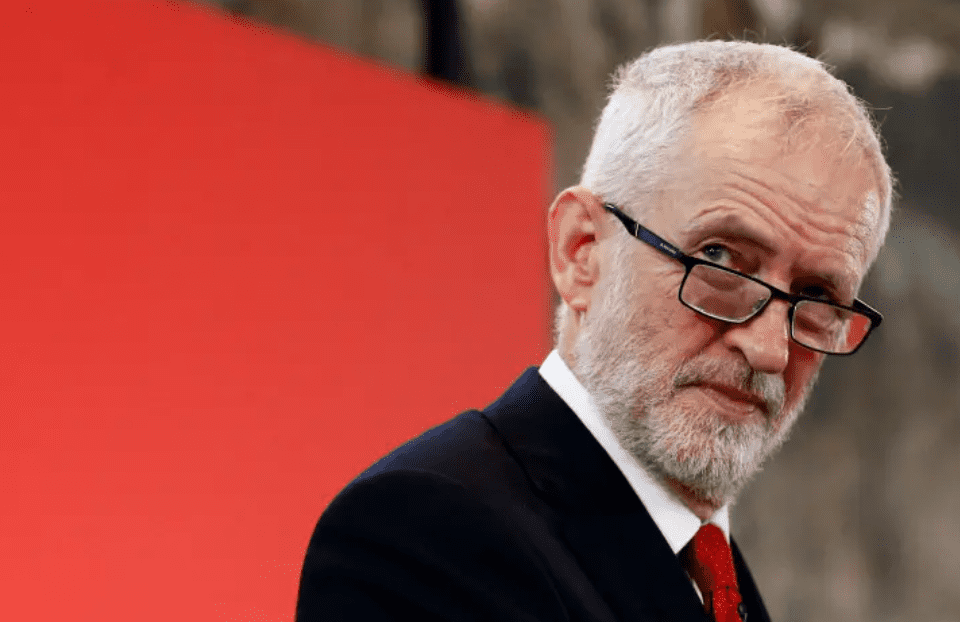 Welcoming the expulsion of Jeremy Corbyn from the British Labour Party today, Our Chairman Rabbi Menachem Margolin said “we at the EJA congratulate the Labour Party leadership for their decision to suspend former leader Jeremy Corbyn who actively enabled a culture of rabid antisemitism and anti-Zionism to spread under his tenure. Let his suspension act as a catalyst to any mainstream political party in Europe that harbour antisemites in their midst. The British Labour Party is a case in point for what not to do when antisemites gain a foothold, allowing a culture of deceit and denial to grow and grow...
Read More

A prominent European Jewish group on is demanding for Israel to ban an auction offering Nazi memorabilia, which is set to take place in the country.
The European Jewish Association filed a cease and desist letter on Wednesday against the Israeli auction house "Pentagon," which is offering several Holocaust-related items for sale to the highest bidder.
The auction includes items such as a Jewish passport, Nazi leaflets, Nazi stamps, as well as an Austrian Nazi cigarette box with a relief of an eagle emblem and a swastika, with prices ranging from dozens to hundreds of shekels.
Pentagon’s controversial auction comes weeks after Israel’s court suspended an unrelated auction of a partial tattoo kit billed as having been used on inmates at the Auschwitz death camp, following outcry from Holocaust survivors.
"The State of Israel must enact a law against auctions of Nazi memorabilia,” wrote the head of the EJA, Rabbi Menachem Margolin, in his appeal to both the Justice Ministry and Yad Vashem.
“My association is working with heads of state, ministers and senior members of parliament in EU countries, in order to prevent the cultivation of the Nazi heritage by putting such despicable items for sale at a high price.
“But shamefully, it seems that in the Jewish state of Israel, there are those who do not mind selling these items to the highest bidder,” wrote Margolin.
He further suggested a legislative outline to "end the despicable phenomenon of making money, while belittling the memory of the Holocaust."
The Justice Ministry has yet to provide a response to the EJA’s appeal.
https://www.ynetnews.com/article/h1iurwzoy
Read More
Additional Communities