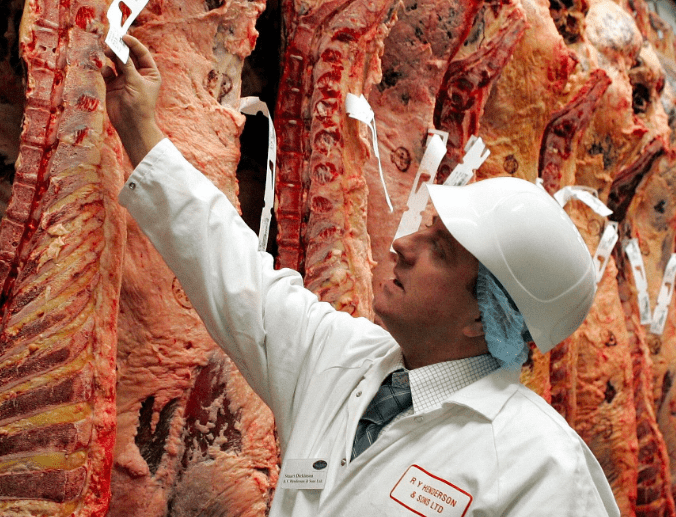 February 28, 2019
Belgium
Some religious ritual slaughter involves slitting animals’ throats without first knocking them unconscious
Halal and kosher meat cannot be labelled organic if the animal was not stunned before being killed, the EU’s highest court has ruled.
The official EU organic logo must not be used on any meat derived from an animal slaughtered while still conscious, the EU Court of Justice said on Tuesday.
Organic labelling marks out the highest standards in farming welfare, judges ruled.
Stunning animals – often done through electric shocks or through a bolt to the brain – significantly reduces suffering and therefore is integral to organic standards, the judgement concluded.
Contrary to popular belief, most livestock slaughtered in halal abattoirs are stunned before they are killed.

The Food Standards Agency (FSA) estimates about 88% of animals killed through halal methods are stunned beforehand using techniques acceptable in Islamic law.
But a minority of halal food – and all kosher meat – does not involve stunning.
The case was brought to the EU court by a French animal welfare association in 2012, which argued halal beef should not be labelled organic.

The rules on ritual slaughter in both Islam and Judaism are complex. To be truly halal, an animal must first be healthy and then slaughtered by a Muslim by cutting the throat with a sharp knife in a single slash.
The blood must then be fully drained from the carcass. A 2012 FSA report said about 12% of the 940 million cows, sheep, pigs, and poultry birds slaughtered each year in Britain were killed in a halal manner.
It is possible to stun halal animals via electricity which makes the creatures unconscious but not dead before their throats are ritually slit.
However, Jewish kosher slaughter, known as shechita, cannot use pre-killing stunning.
Jewish abattoirs also cut the throat of animals with a sharp blade, which proponents insist causes immediate loss of consciousness and is therefore humane and meets the EU’s requirements for stunning.
The EU ruling does not affect the legality of ritual halal or kosher slaughter, but will make it harder for some ritually-slaughtered meat to be labelled organic.
Longstanding rules create an exception under the need for freedom of religion to EU regulations on killing animals without pre-stunning.
But some EU nations, including Denmark and most recently Belgium, have banned entirely ritual slaughter, a move backed by both animal welfare advocates and right-wing populists
The article was published on The independent 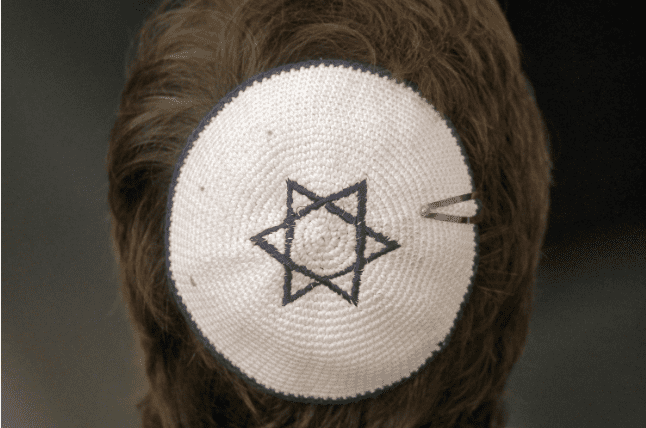 “we must not agree, let alone encourage the Jews, to give up its religious attributes” says European Jewish Head.

The chairman of the European Jewish Association (EJA), Rabbi Menachem Margolin, today called upon the President of the Central Council of German Jews, Yosef Schuster, to retract his call to Jews to refrain from wearing a skullcap in public space in Germany

In a statement Rabbi Margolin said:

“I have no doubt that the declaration stems from Mr. Schuster’s sincere concern for the safety of The Jews – a concern that I naturally share in light of the growing anti-Semitism in Europe, but unfortunately he is mistaken in the cure for the serious problem, “says Rabbi Margolin.

Emphasising the point, he went on: “ Not wearing a skullcap due to fear of anti-Semitism is in fact the fulfillment of the vision of anti-Semites in Europe.

The leaders of the Jewish communities and organizations must insist that every government care for the security of all its inhabitants and do more to educate and prevent this dangerous phenomena.

But we must not agree, let alone encourage the Jews – or any other religious or ethnic group – to give up its religious attributes. ”

That is why the call to refrain from wearing a skullcap is also liable to turn those who wear skullcaps into a provocative act and deserving of a response.” 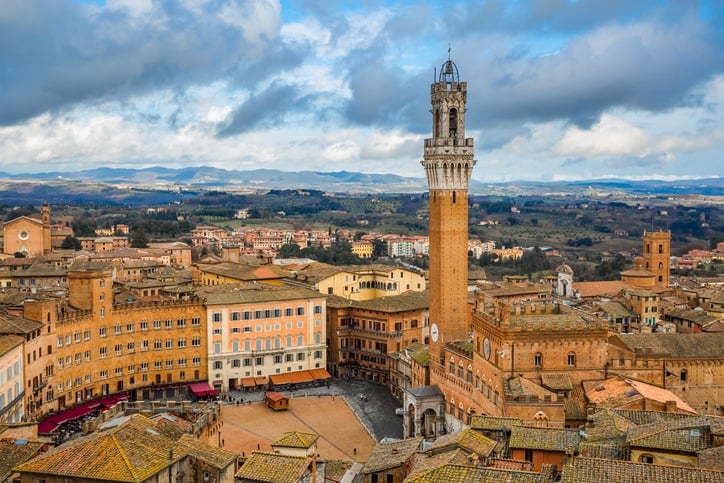 City Council of Siena, Italy is taking a stand against antisemitism

Recently the City Council of Siena, Italy has taken a stand against antisemitism. Last Friday, thanks to the efforts of our Diplomatic Corps Member David Fiorentini, together with the Italian Union of Jewish Students – UGEI and the party Forza Italia, the IHRA working definition of antisemitism has been fully adopted. An important step towards a coherent and structured fight against the growing virus of antisemitism. We congratulate David and his partners for this excellent effort to help safeguard Jewish life in Europe. 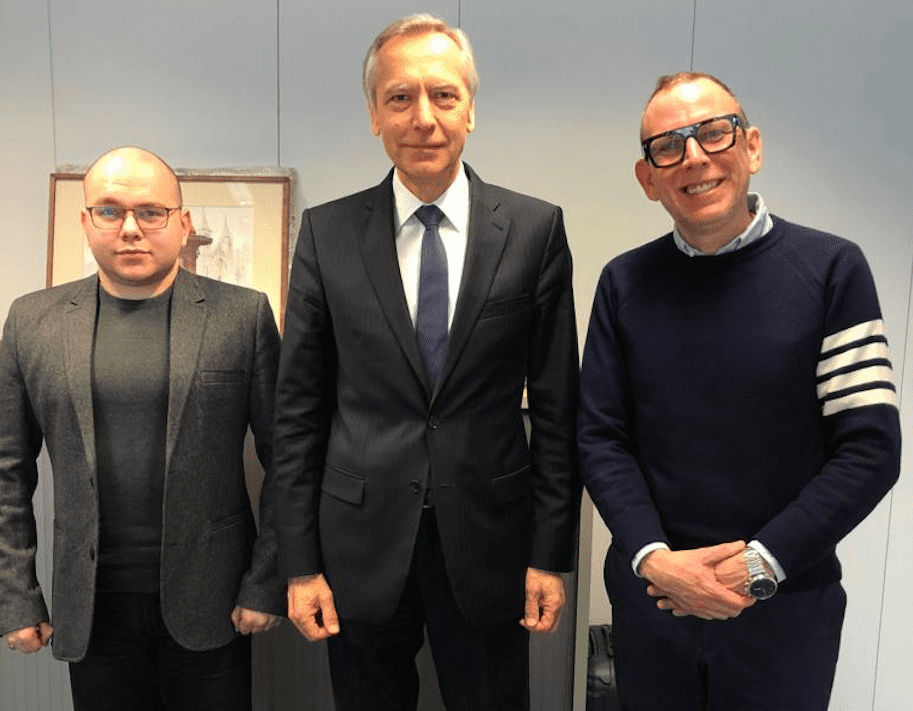 Red Lines Follow-Up: Meeting with Special Envoy for Promotion of Freedom of Religion outside the EU

Earlier today, the EJA’s Director of Public Affairs, Mr. Alex Benjamin, and its Political Affairs Advisor, Mr. Mihails Vorobeičiks-Mellers, have had the honour of once again meeting with Mr. Ján Figeľ, Special Envoy for Promotion of Freedom of Religion outside the EU. With the function itself created only in May 2016, Mr. Figeľ, former EU Commissioner and Deputy Prime Minister of Slovakia, became the first person to hold the position. The policy framework for the Special Envoy’s mandate is regulated by the “EU Guidelines on the promotion and protection of freedom of religion or belief”, which have been approved by the EU Member States back in 2013.

With the nearing European Parliament elections coming in May this year, the meeting took place at a time of notable significance, both to the EU – and wider Europe – as a whole and its Jewish community in particular. A number of topics have been touched upon, including the continuing rise in popularity of the more radical political ideologies on both ends of the political spectrum, possible – and, regrettably, nowadays observable – legal limitations to the freedom of religion, the European Commission’s role in promoting and protecting the respective rights of the EU’s inhabitants as well as the 5 red lines, which have been recently adopted during our conference back in November 2018.

Since Mr. Figeľ’s mandate encompasses the entirety of the world outside the Union, and the EJA is active throughout Europe, this meeting has been particularly important to us. Thus, during the discussion special attention has also been given to the EU candidate countries and other European states neighbouring the Union. Along with the present and future lives of the local Jewish communities, such topical issues as the legality of ritual slaughter and circumcision have been specifically raised.

We very much look forward to a continued dialogue and cooperation with Mr. Figeľ on issues of mutual interest and concern.